The second day was met with sore limbs, chapped lips and a strong desire for more sleep. I had to be up by 2pm for a short interview with Ookay – and while that doesn’t seem challenging to most, after the first day of EDC, I was definitely on the struggle bus. Tapas, sangria and good company helped to raise my spirits a good bit, though my body was still physically exhausted.

EDC started out poorly for artists on Saturday when the fire marshall was late to the venue, causing multiple performers to play short sets or none at all, including Dzeko & Torres and Breathe Carolina, respectively.

Our own group hopped on the artist shuttle at close to 8:00, meaning I missed one of my most anticipated sets: Kasra B2B Foreign Concept B2B Enei at the bassPOD. I’m sure these three artists representing Critical Music and D&B threw down, but I’m sad that I missed them. After arriving at the venue, we headed straight to kineticFIELD for Laidback Luke for our first look at the massively redesigned main stage for 2015. Replacing the enormous cathedral from 2014 was an Earth, Water, Wind & Fire themed stage that was large, but unfortunately unimposing. More than anything, the size of things at EDC amazed me, but the community and vibe still felt stale of EDM and capitalism. I found myself thinking multiple times that festivals like Electric Forest, Lightning In A Bottle or even Serenity Gathering were much stronger vibes – though you may notice that all of those are, indeed, camping festivals.

After checking out the main stage, we made our way around the entire festival grounds to visit wasteLAND (previously bassCON), an apocalyptic look at the New York City skyline, complete with severed Lady Liberty head – DJs were performing from inside the torch. Despite my loathing of hard dance music at home, in a live setting, it was actually quite enjoyable for the 5 minutes that I stayed. I don’t think I can really stand an hour or more of CONG CONG CONG CONG CONGONGONG CONG CONG.

Likewise, the neonGARDEN stage was a beautiful conical structure emblazoned with cascading jewel pieces from the ceiling, lit up with neon lights and strobes going a mile a minute. Other than the massive circuitGROUNDS and obviously kineticFIELD, neonGARDEN was the most recognizable and thematic of all the stages. Its residents were house and techno legends and rising stars, including legends Sasha and John Digweed, as well as two solo sets and two B2B’s from Carl Cox, with Loco Dice & Victor Calderone on Friday and Saturday, respectively. Though I didn’t spend much time at this stage, I passed by every time on my way to cosmicMEADOW and it was always popping.

My Saturday saw more acts than my Friday, but still not by much. One of the highlights of my night was seeing Krewella absolutely demolish the circuitGROUNDS with their new live show. I really couldn’t care less what anyone has to say about those two, their set on Saturday was one of the best of the weekend. They dropped 3-4 unreleased tunes that had the crowd going absolutely wild, not to mention the live drum corp that came out in the middle of their set – who did, unfortunately, mess up a little bit. Krewella finished up the set with one of their biggest hits, “Alive.” And when we thought that was it, you could feel the crowd’s hair stand on end as Pegboard Nerd’s massive remix started to fade in. It was a perfectly fitting end to one of the hardest sets of the weekend.

After the filth that Krewella threw down, I felt like I needed to rinse off. Thankfully, I knew the perfect solution to cleanse my soul – Pretty Lights throwing down a 2-hour set at cosmicMEADOW.

And it was also around this time that I began to see what EDC was all about, no longer “underwhelming”…

cosmicMEADOW quickly became my favorite stage at the festival, and that’s for a few reasons: 1) I’m vain, and it has my last name in the stage name, so obviously I liked it; 2) the VIP area was directly in front of the stage with grass, tables, and our own little private bar #winning; 3) the stage had the most impressive size-to-awe ratio. bassPOD would have been awesome, in the biblical sense, but it was rather small; same with wasteLAND. neonGARDEN was awesome, but still rather intimate. cosmicMEADOW was simply the perfect combination of intensity and finesse, the pinnacle of what good stage design should be. 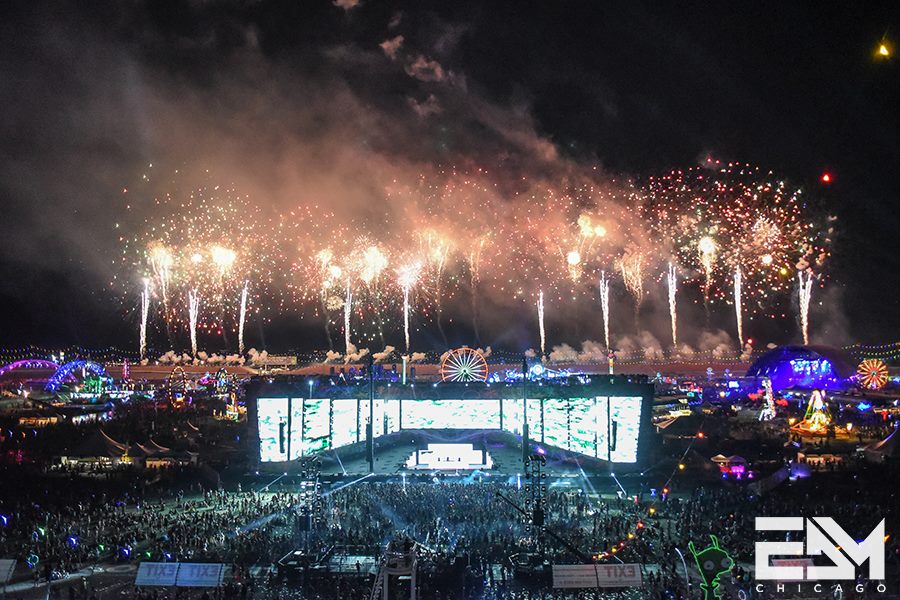 Having Pretty Lights perform there was especially mind-opening, with his unique brand of electronic music making the crowd sway and groove, eyes closed in sweet musical bliss. Though his set was 2 hours, I felt the urge to leave and consume an unhealthy amount of food, as I hadn’t eaten for about 10 hours at that point. After about an hour of Pretty Lights, I left cosmicMEADOW, caught a chicken rice bowl and spring rolls with sweet sauce and made my way back to Artist Village for some much needed rest before my next set…

Metrik B2B TC. My first love is D&B, having discovered Pendulum in 2006, and I’ve followed it religiously since 2010. Seeing these two back to back, or rather, hearing it from behind the bassPOD, was a humbling experience. They rolled through tracks at the rate of around two tracks per minute, meaning their hour long set had at least 80-90 tracks at the very least. Next up was another B2B set, one of the biggest of the weekend, undoubtedly: Black Sun Empire B2B State Of Mind. I did my best to stay for their whole set, but as it was approaching 5am, I conceded to my body’s wishes and made my way back to the hotel.