I woke up at 2pm on Sunday and took the 6pm shuttle. I needed to in order to catch my Los Angeles family on the bassPOD at 7:30 for Kayzo B2B Protohype B2B Lookas. It was a little disappointing to see Protohype bumped down from a 9pm slot last year to a 7:30pm triple b2b slot this year, but Kayzo and Lookas are homies, and they killed it regardless.

However, before I even saw their set, I was able to roam the grounds unimpeded. The artist shuttle dropped us off early enough that the gates hadn’t opened yet and we were able to see every stage in their pure forms – no people, no lights, no music. The most impressive would still probably be cosmicMEADOW, but the sheer size of the crowd space for kineticFIELD was mind boggling. There were nearly 140,000 people on the last day, and I would be willing to bet that at least half of that could fit into kineticFIELD.

Aside from checking out the stages, we were also able to check out the food trucks without wait or trouble. There was plenty to choose from, from any region or delicacy that you could want. But a friend and I eventually settled on getting Japanese burritos that were absolutely amazing. Shout out, Truk-N-Yaki.

Gates opened close to 7:45, meaning that a lot of artists on Sunday, same as Saturday, were subject to shortened or altogether canceled sets, such as Popeska and another anticipated set of mine Mitis B2B Kicks N Licks. Still, Kayzo & co. held it down for the rest of the crew and unleashed hell at the bassPOD. I stayed at the stage for Eptic B2B Habstrakt next, a long awaited b2b set for many people, but unfortunately the power outage from Friday night left production wary and cautious, and had the volume turned way down to the point where I could have a conversation with the person next to me with no problem.

We left bassPOD to head toward Alison Wonderland (with apparently every other artist, as well) who gave one of the most amazing performances of the weekend. Seriously. This girl can kick some ass on those decks. The blend of future bass and trap was encompassing and had me moving like I hadn’t already spent over 12 hours dancing the previous nights. After her monumental set, she got up on the table to tearfully say thank you to her fans, and also to her dad in honor of Father’s Day.

I made my own way back to the bassPOD for another one of the best performances of the weekend – Wilkinson. The RAM Records artist provided one of the most exhilarating liquid DnB sets I’ve heard yet. Coupled with the magical MC talents of Los Angeles local Dino, it was one of the can’t-miss sets of the weekend. I stayed at bassPOD for a little bit of Ookay, who threw down some of his own party flavor.

But I couldn’t stay long. Bassnectar was about to come on.

I had previously seen Bassnectar at 2014’s HARD Day of the Dead, and it was honestly very meh. I had heard so much about the “god of bass” but his performance at DOTD drastically missed the mark. It wasn’t until I saw him at cosmicMEADOW that fateful Sunday night that my world would change. Friends who have seen him more than twice said he has played better, but to me, it was one of the greatest experiences of my life.

I was with a grip of friends in VIP, dancing my ever-loving ass off as hard as I possibly could. My face would contort into shapes I never thought possible when he dropped absolutely filthy bass; my eyes would widen and pupils would dilate as I heard a song I knew and loved being mixed in; he went harder than I thought was within the realm of possibility. I uttered to friend, “I can’t man, I just can’t…” on more than one occasion. 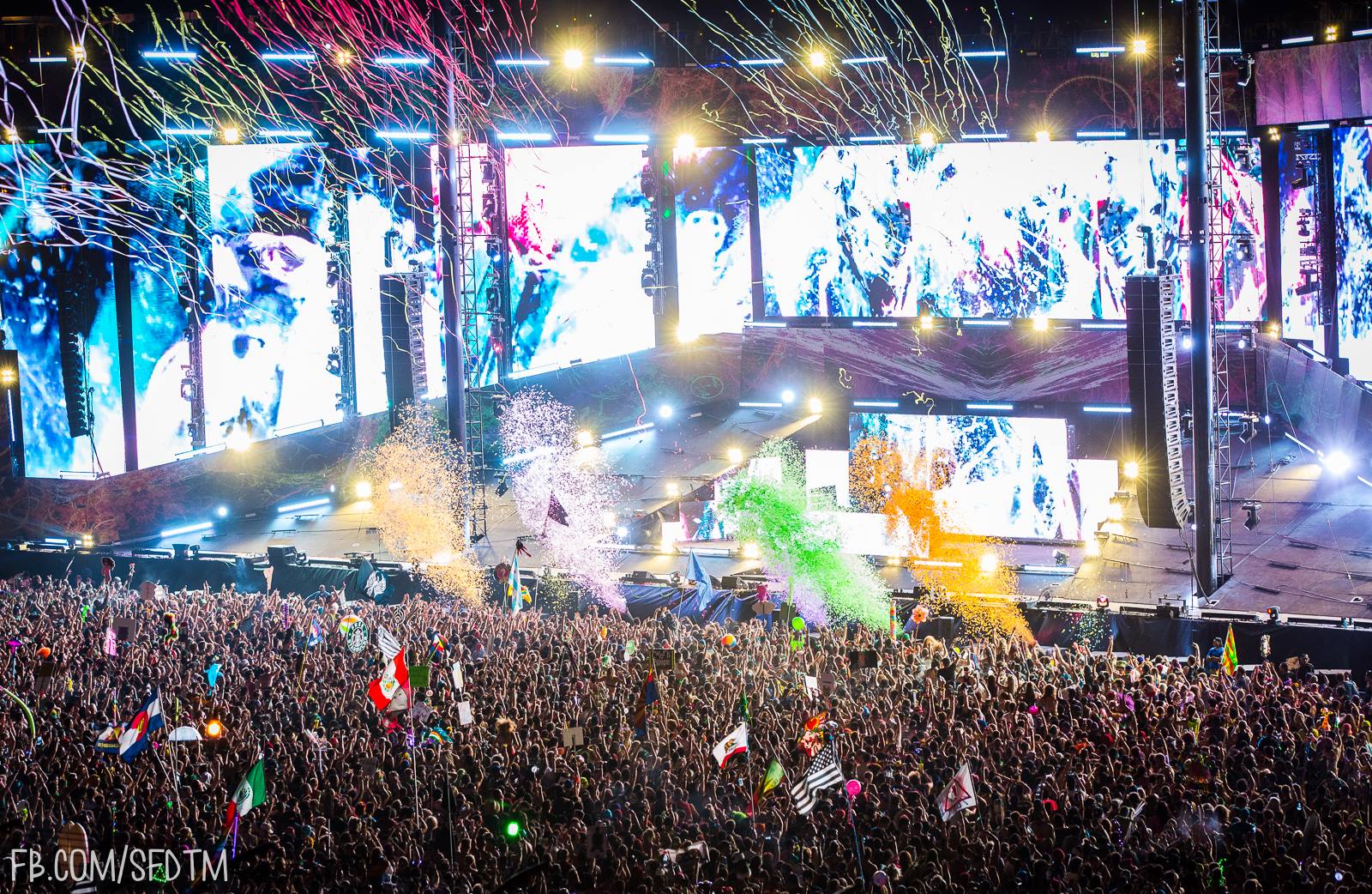 I wish I could say more about how utterly speechless I was during his set, but that’s precisely the problem. I was suffocated by the incredible nature of what I was witnessing, altogether powerless in the face of what I was experiencing.

That night, I saw God.

You’d think that I was done after that. You’d think that I would surrender to my aching body and let it control my actions. But no, I was well aware that it was the final day of EDC, and Bassnectar had given me such an enormous high that I felt no qualms walking across the festival to one of my favorite producer duos and dancing the fuck out.

As I arrived to the bassPOD, Datsik was closing out his heavily packed set. But I wasn’t there for Datsik. I was there for Camo & Krooked. The two Austrian drum & bass wunderkinder set the bassPOD ablaze (literally) with bass. As they played Modestep’s “Show Me A Sign,” one of the artcars, an octopus with flamethrowers for tentacles, drove by, and it was absolutely perfect timing. As the song goes, “Someone put a light up…”

Camo & Krooked might have played a bit fewer tracks than Metrik B2B TC, but their double-drop ability is second to almost none. (The only person I can even think of who can double drop on the same level is SKisM.) Mixing tracks is an art form and Camo & Krooked made me feel like I was watching Rembrandt or Monet at work, it was gloriously stunning. 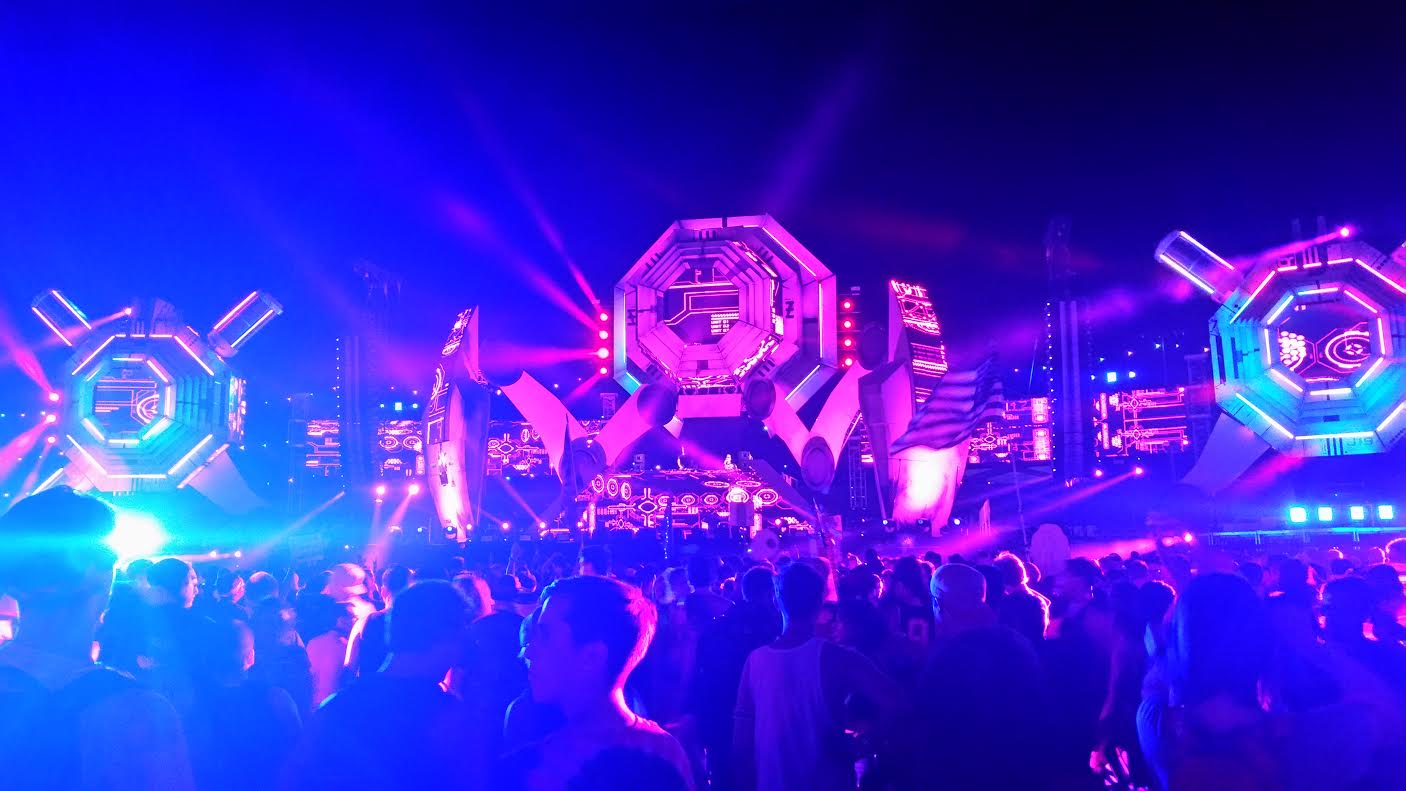 At this point, it was 2:30 in the morning and I had check out at 11am from my hotel. Even knowing that Dirtyphonics was the special guest at bassPOD that night couldn’t keep me away from packing and sleep. I’ll be seeing them at HARD Summer, anyhow.