Deadmau5 Gets Interviewed Solely About His Cats

by Peter Rubinstein
in EDM News, For the lulz

Deadmau5 recently sat down on Skype with Canadian publication The Georgia Straight in an unprecedented 30-minute interview entirely about his cats. If you’ve checked out Internet at all during the past few years, you’ve most likely seen countless pictures of Meowingtons and Miss Nyancat whether walking over Joel’s keyboard during a live stream or relaxing in a custom Ferrari. These cats have their own social media pages and even their own line of headphones, easily making them the most important felines in the industry.

The questions start out light: who likes lasers more, cats or people?

The cats. People are over lasers. They understand them. The cats just can’t seem to grasp the concept that it’s a light source coming from a little pen. It’s always magical to them. So weird.

When asked why he chooses cats over another kind of pet, he gave the exact answer you’d expect of out of Joel.

They don’t have opinions. I don’t know what my cat is thinking or planning…I get to make up how he’s feeling, myself. They’re so enclosed and so withdrawn from the world that they think they’re the only fucking things in existence, which kind of gives them that air about them.

Deadmau5 clearly chooses favorites when it comes to his cats. Meowingtons had a compilation and tour named after him, and made an appearance on the cover of >album title goes here<. What makes him so special, huh?

It was my album, to be fair. If it was someone else’s album I’d be impressed. There’s no real thing to the cat. He’s just a domestic shorthair cat. He doesn’t have a mustache and all that other shit. So he really doesn’t have a whole lot going for him in that department, which is why we can’t have some major cat-festival appearances. 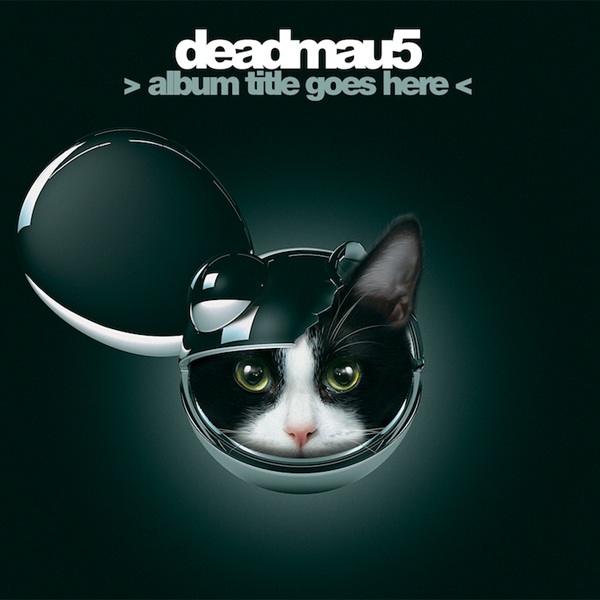 Despite Meowingtons’s shortcomings, Deadmau5 still thinks that he’ll be able to help launch him into stardom. The method, however, might surprise you.

I’ve always had this idea of doing a cologne for Meowingtons. Not for cats, but by a cat. And do a Meowingtons-shaped bottle. It would have to be some generic thing that you buy for the bottle. There’s no way Paris Hilton’s cologne is the best. Just make an awesome bottle, put your shit on it, and sell it. I was thinking of calling it Pussy Whipped.

Meanwhile… Meowingtons is looking for the rest of the cars on the #gumball3000… Shhhh… He thinks he’s winning.

One of the more recent additions to Joel’s cavalcade of sports cars has been the customized mini-Lamborghini for his cats to lounge in.

It’s a Lamborghini, so he has his own little whip. We took out the steering wheel so he could fit in, and put down a little cat bed and stuck it in the office so he can bug my assistant all day. When he’s tired of doing that he just takes a little nap, and it’s pretty funny. I think a cat could live a full and awesome life on less than $20,000.

By placing such importance on his vehicles, The Georgia Straight had to inquire as to where exactly his priorities lie.

Like, do you mean if they were both going to fall off a cliff and I could only save one? Uh, I guess it would depend on the car or cat. Yeah, if it was Meowingtons versus a LaFerrari, I’d help Meowingtons out on that one.

Athough he’s said that he will not be getting any more cats in the foreseeable future, it seems that acquiring a few dogs to guard his estate is not out of the question.

I actually did some research. In Canada, if someone is on your property or breaking in, you can have a [firearms] possession-and-acquisition licence, but you can’t shoot anyone. You couldn’t even beat the crap out of them. But, as it turns out, if you post signs every 50 feet that say ‘Beware of Dog’ and you get a couple of trained fucking killers it’s fair game. I’m actually in the process of working with a guy who’s got a litter coming of interbred wolf/German shepherds. I’m sure the dogs will be cool and not rip my cats apart.