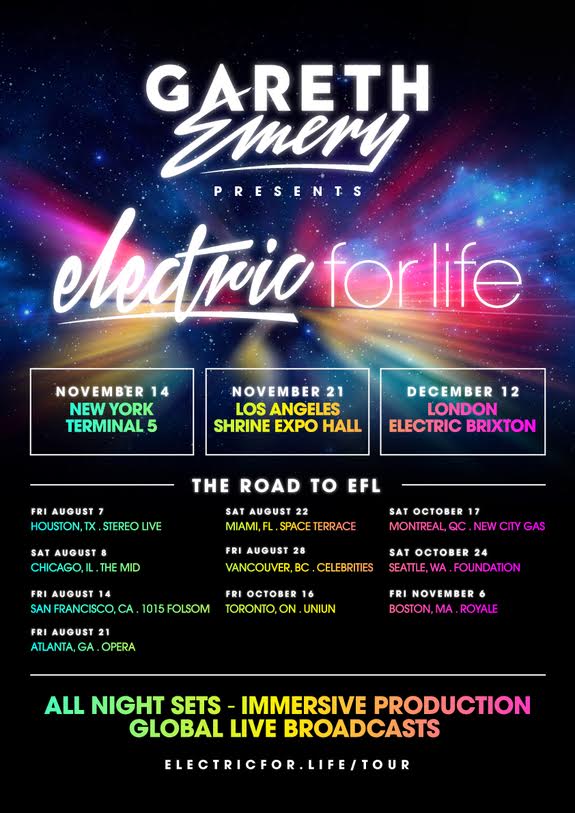 Tickets for the new dates will go on sale tomorrow (June 26th), and fans who are unable to catch the show will be able to view the live stream of the November 21st show at the Shrine in LA. Check the Electric For Life site for episodes of Gareth’s EFL radio show, and for more information regarding the tour.