Festival-goers rejoice, as you can now take videos and pictures of livesets with half the schlep. Although its quality and resolution have slightly suffered, GoPro has come out with a new miniature camera, the Hero 4 Session, that packs on an almost non-existent 40% of the previous Hero 4 Black’s weight. It measures at less than 1.5 inches on every side, and is perfect for bringing through festival gates in your fanny pack, or even in your pocket.

The Session is also waterproof, so you can feel safe bringing it to a Steve Aoki set amidst his absurd antics. Moreover, it’s extraordinary simplicity is unmatched by any other camera I’ve ever encountered. In fact, the Session only has two buttons.

The shooting button is located on top, and the Session turns on to start recording when you tap it. Tap it again to stop your recording, and the Session turns off. Battery life has been a ubiquitous complaint among GoPro owners, so this nifty mechanism will surely attract a slew of unsatisfied consumers. While the battery life only lasts between one and two hours for each video, turning it off and on will stretch its endurance even further, as its test run had it outlasting a fully charged GoPro Hero 4 Black and Hero+ LCD. 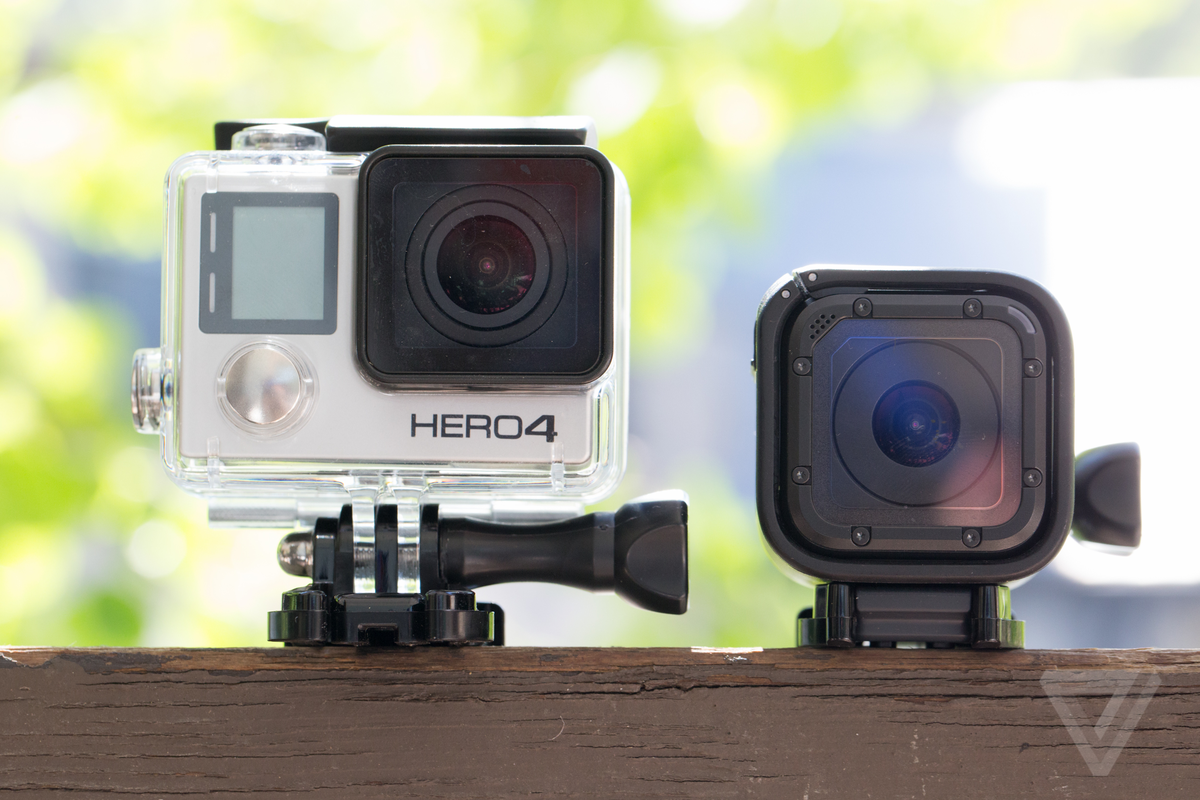 A time-lapse photo shoot can be initiated with a 3-second press-and-hold on the main button. However, if you want to take singular or burst photos, you have to download the GoPro app and program these changes into your phone or tablet’s settings. The second button only holds a singular function of turning the Wi-Fi on and off for these connectivity purposes.

This pocket-sized camcorder has been in production for 3 years according to GoPro CEO Nick Woodman. Due to some essential, drawn-out business decisions, some tradeoffs had to be made in order to accommodate the camera’s minuscule size. It can’t shoot in 4K, or shoot with the quality frame rates that other GoPro’s which the other models generally laud. Additionally, it only takes 8 MP still photos, which is a resolution your phone can easily match, or sometimes beat.

In other words, the Hero 4 Session is covetable only for its size and convenience. If you desire stunning, high-quality footage, other GoPro products might be a better fit.

Tropical Duo Sailors Shines With Their New Remix of Maroon 5

Tropical Duo Sailors Shines With Their New Remix of Maroon 5