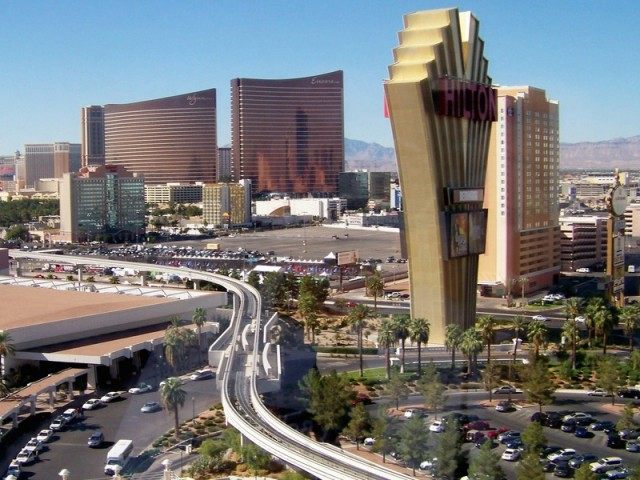 High-Speed Rail To Run From SoCal To Las Vegas

In late May, a bill was passed by both houses of the Nevada state legislature, establishing the Nevada High-Speed Rail Authority. They will make the decision on which firm is to construct and operate the new rail system, set to run at 150 mph from Victorville in Southern California to Las Vegas.

The expected cost for this project is nearly $7 million. Private company Xpress West has shown interest, and will be funded through private investments and federal grants. State funds will not be used. Los Angeles and San Bernardino counties have already approved the project. CEO of the NHRA expressed their excitement for the future of the project:

[The high-speed rail] would provide tremendous benefits for the (Los Angeles) region, both in terms of travel and (greenhouse gas) reductions.

Tickets for a roundtrip ride will be under $100. The railroad will stretch for 180 miles and will vary from 60 to 100 feet in width. For the SoCal crowds hoping to spend a night in Sin City, the high-speed rail will surely be a quick and convenient alternative to a desert expedition by car.