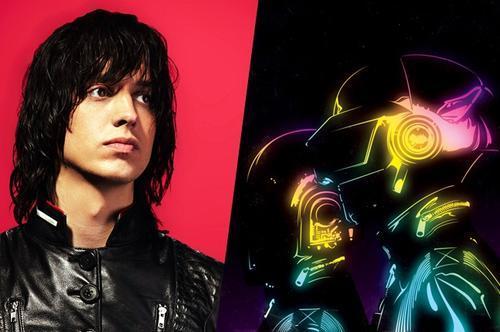 Daft Punk Receives The Cover They Deserve From Grammy-Nominated Artist

I have my own personal gripes with Daft Punk’s latest album Random Access Memories, not least of all was the excessive vocoder effect on The Strokes’ frontman Julian Casablancas in “Instant Crush.” For such a strong track, the impact was greatly reduced by effectively diminishing the voice of Casablancas to the point where it could have been anyone else singing, and it would have sounded the same.

Finally, we get to hear what that track should have sounded like, albeit without the electronic undertones of the original.

”It is such a beautiful story [‘Instant Crush’]. I’m really proud of the way it turned out.”

Natalie Imbruglia, whom many of our readers might not know of, is a Grammy nominated singer/songwriter. Her newest album, entitled Male, will be her first in six years, and is composed of a “selection of covers all originally performed and written by men including Daft Punk, The Cure, Cat Stevens, Damien Rice and Tom Petty.”

Her unfiltered voice in the cover of “Instant Crush” reminds us of the power of vocals, and to not take them lightly or for granted. If some generous soul out there could possibly combine Imbruglia’s vocals with the original instrumental from Daft Punk, we’d be grateful.

Male is out July 31st. You can pre-order it now on iTunes.