by KSpence
in Editorial, Featured

It’s a traditionally humid summer night in New York City. As I turn onto West 57th street, I see a massive black and white banner hanging over Pacha New York.

I wince when I read the words; this night is  going to be harder than I thought. As we wait in line, two girls in front of me are anxiously waiting to get in to see Audien. They hand the security guard their IDs to scan. One girl turns to the other and asks, “Why does it say, ‘House of Rob’ on that flag?”

Before I can speak up, the security says flatly, “because he died.”

Almost 24 hours before, news broke that Rob Fernandez had passed away, a shock which rippled through the dance music community. Both the Director of Promotions and Bookings for Pacha New York as well as partner of promotion company RPM Presents, Rob was a trailblazer for the city’s nightlife for over 25 years. Though he operated out of New York, Rob’s reach was global, as evidenced by the massive outpouring of memories and condolences as the new broke from DJs and industry leaders who had the pleasure of working with him throughout his career.

As I walked up the stairs and into mezzanine, staff and friends of Rob all greet me wearing “House of Rob” t-shirts, from the dancers, all the way to headliner Audien.The dance floor was packed, but as they jumped and shouted along to the music, I wondered how many were aware of the legend of Rob Fernandez. I wondered how many crossed paths with Rob at Governor’s Island, where RPM brought acts like Arty, Danny Tenaglia, and Adventure Club. Or how many shared the dance floor with him at Cielo’s Dance.Here.Now events without ever getting the chance to know who he was.

Rob’s nightlife legacy began in the 90s as a doorman at Sound Factory, where Pacha New York stands today. Back then it was a hub for the growing Underground scene where legendary acts like Frankie Knuckles birthed house heads week after week. While he’s known by today’s crowd for pulling talent like Swedish House Mafia, those who knew him knew that Rob’s soul lied in the deep, thumping beats of house and techno.

Over the years, Rob’s involvement in the dance music industry evolved from doorman to promoter, as he soon found his niche – bring people together. In the 2000s Rob Promotions created themed nights for all types of people who just wanted to go out and have a good time. His club nights were always a success, as Rob used his outgoing to personality and forward thinking to continue to generate lines through the years at venues like Pier 94 for their New Year’s and Halloween events.

Pacha New York doesn’t miss a beat. Bartenders still sling drinks to thirsty ravers, VIP hosts make sure their guests are attended to properly; the show must go on, for Rob and because of him. Throughout the night my eyes scan the room, half expecting him to pop up in his signature outfit of jeans and a track jacket with matching hat and shoes. I’ll miss his enthusiastic storytelling, the way he always stopped to say hi to everyone, no matter who they were. As I listen to Audien throw down a monstrous set, it’s hard to believe that the “King of New York” will never step foot in this club again. But his legacy as promoter, mentor, and all-around aficionado will never leave this space, this city. This is the house that Rob built. 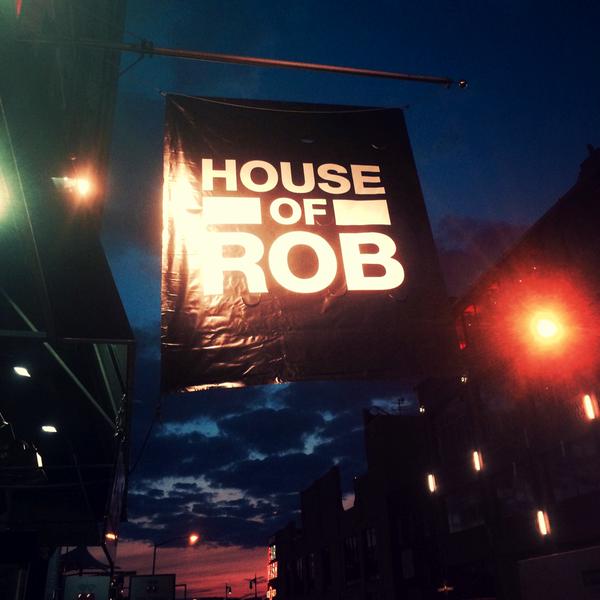