As Billboard continues to climb in relevance to dance music fans (as if it wasn’t already highly relevant before) and opens up new avenues for business and media, it is about to make one of its biggest moves ever.

Billboard will be opening doors to its first ever music festival next month, and will feature headliners from its Top 100 chart – in other words, it’s getting the biggest of the big names. The top-billed headliners are obviously the pop acts – Justin Bieber, Lil Wayne, Nicki Minaj, etc. But as electronic music has consistently charted pretty high this year, you’ve also got Skrillex, Kygo, The Chainsmokers, Lindsey Stirling, and more vying for big crowds.

Billboard’s Hot 100 Festival is set for August 22-23 at Nikon at Jones Beach Theater in New York. You can get tickets here. Fans with Citi Mastercards can purchase tickets during the pre-sale on Thursday, July 16th. 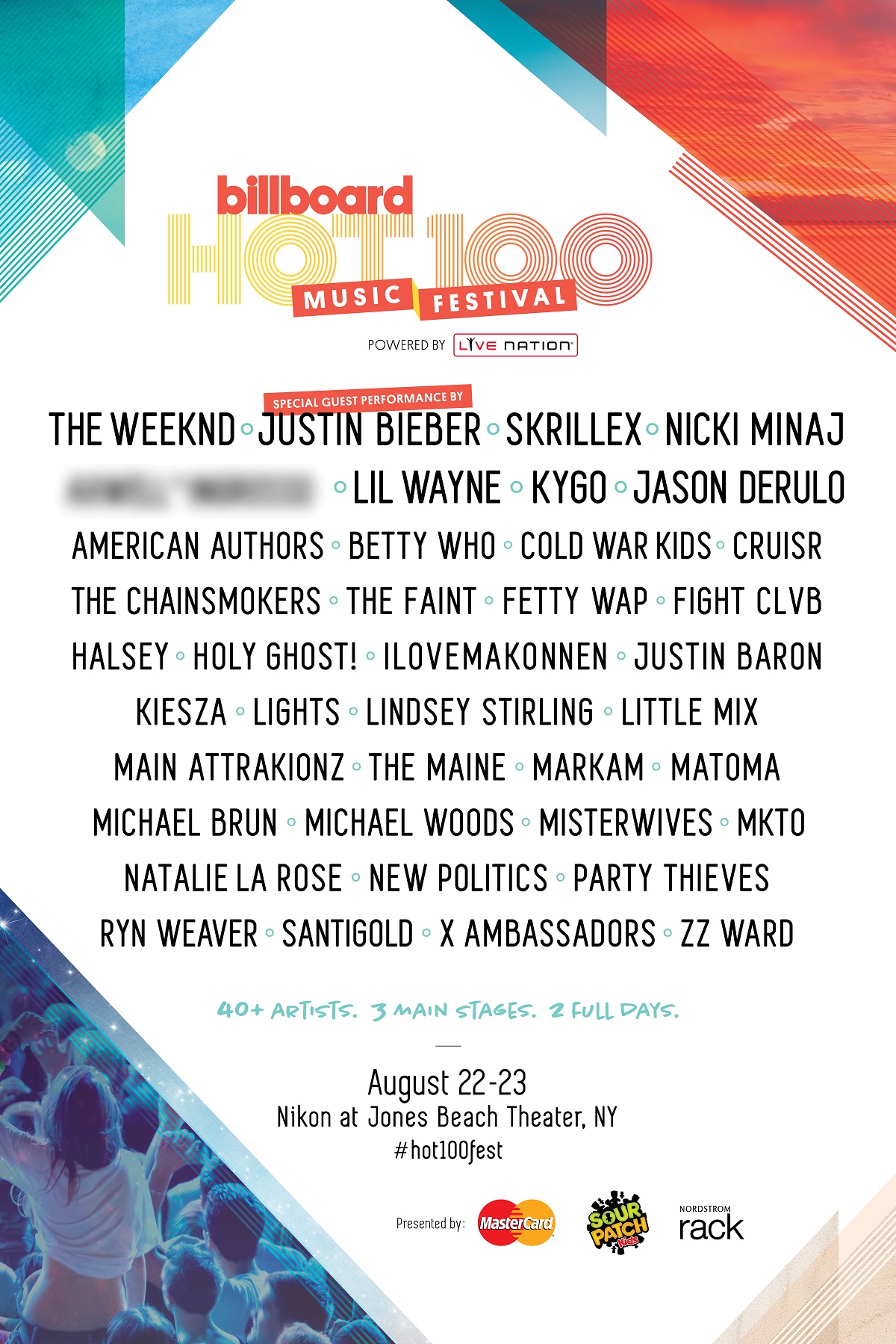 Daft Punk Receives The Cover They Deserve From Grammy-Nominated Artist