In our culture, live events are the central backbone that both guide the direction of artists’ productions and foster the broader hype surrounding the genre. The songs are created, at least in some part, to fit within a DJ set and to blend alongside others that are similarly styled or tempo’d. Mile-wide festival stages become the true test of a track’s effectiveness and are places where only the most diehard fans of the scene can witness electronic music in its grandest form. It is at these events that the magic is revealed. The stage design, festival ground layout, immense and colorful crowds, outdoor elements, and unrivaled sound all contribute to (arguably) the most exciting experience of our young generation. Much like the music itself, the real marker of a festival’s success is its ability to transport its attendees into a different world with a different set of rules and norms. If those present are able to lose themselves in the experience and marvel at its alien-esque facets without feeling out of place among them, the meaning and power behind modern dance music is brought into light.

As far as such events go, there is one fiery standout that, for the last 10 years, has drawn the largest and most epic following of the entire circuit. I speak, of course, of Belgium’s Tomorrowland. Renowned for its staggeringly large size, fantasy themed artwork, and consistent international fanbase, this festival boasts the most elaborate versions of the qualities that make a memorable concert experience. This year marks Tomorrowland’s 11th return to the vast farmlands of Boom, with yet another record-breaking ticket sale time and expected attendance. Over 400,000 fans populated the grounds in 2014, securing its spot as ‘Best Music Event’ on International Dance Music Awards‘ list for the third year in a row.

With its 2015 installment only a week away, we’ve decided to take a brief trip down memory lane to explore its history within the music festival brigade.

On August 14, 2005, ID&T Belgium began a ambitious festival project. albeit modest when compared to today’s setups. Featuring performers like Armin van Buuren, Ferry Corsten, and Push, the relatively small crowds enjoyed an intimate and one-of-a-kind experience alongside the rivers and rolling greenery. Because of the festival’s sparkling reception and immediately dedicated follower base, Tomorrowland continued at the same location the proceeding years, thanks to warm hospitality from farmers presiding over the land.

In 2007, Tomorrowland’s third year, the event added another full day of festivities to its lineup. The 2-day festival saw the likes of Paul van Dyke, Marco Bailey, and David Guetta. 2008 saw, for the first time, a line up of over 100 DJs and an attendance upwards of 50,000, that number nearly doubling the following year.

Every year afterwards witnessed bigger, more expansive stage design, and a fanbase to match. 90,000 turned into 120,000, and 180,000 all the way to 200,000. More and more performers were added onto the roster to accommodate Tomorrowland’s quickly growing acclaim and ticket holders. Over 400 DJs performed in 2012, across a whopping 15 stages. 25 airlines assigned special flights for festival goers from around the globe, and the grounds hosted the tallest mobile ferris wheel in all of Europe. 35,000 campers stayed in the festival’s Dreamville. 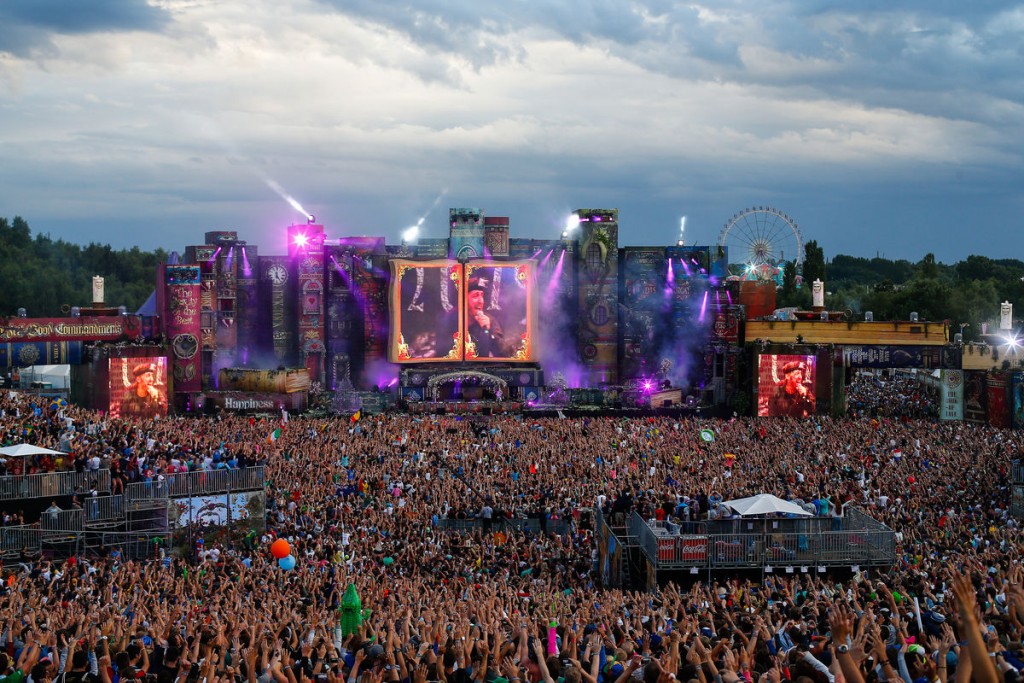 The entire collection of over 200,000 tickets was sold out in a record-shattering one second in 2013. Attendees from over 214 countries were present, taking advantage of the festival’s Global Journey program. Last year, one weekend transformed into two, while many associated organizations and figures joined in to make it an even more epic experience. MTV created filmed performance specials and a documentary on the festivities, Hans Zimmer composed a orchestral piece to honor those in attendance, and more than 400,000 made their way to Belgium’s countryside.

We now arrive back to the present, with only nine days until it begins all over again. As construction continues on the stages, Tomorrowland introduces a brand new addition to their list of features:

On Saturday 25 July, the second day of the festival, a live video connection will unite Tomorrowland in Belgium to Mexico City and Mumbai and… back again. On two different continents, you will be able to experience the magic of Tomorrowland and “UNITE” as one. Building bridges between Belgium and the rest of the world, with plenty of music by the world’s best DJs and the unique, indescribable Tomorrowland atmosphere: that’s UNITE, the mirror to Tomorrowland.

Fans from Mexico and India will be able to take part in the fun, this year, as they witness a live feed of sets from Armin van Buuren, Martin Garrix, and Dimitri Vegas & Like Mike. Tomorrowland’s mission is to make the world of dance music a little bit smaller, by connecting three distant continents under one rhythm. 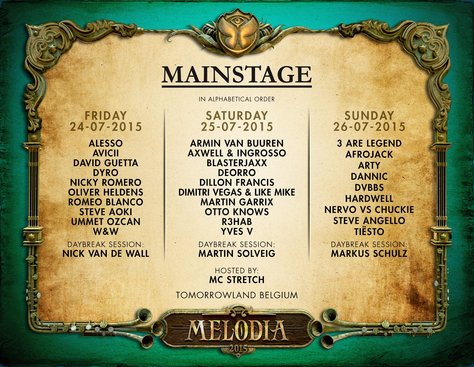 As the largest and most awe-inspiring event gets under way, it will be fascinating to see what surprises they have in store for their 11th year running. Notorious for significantly topping themselves with each installment, it will no doubt be one for the record books. Look forward to our daily coverage and information as the festivities begin.

Sailors Deliver a New Remix of JAHKOY’s “Still In Love”