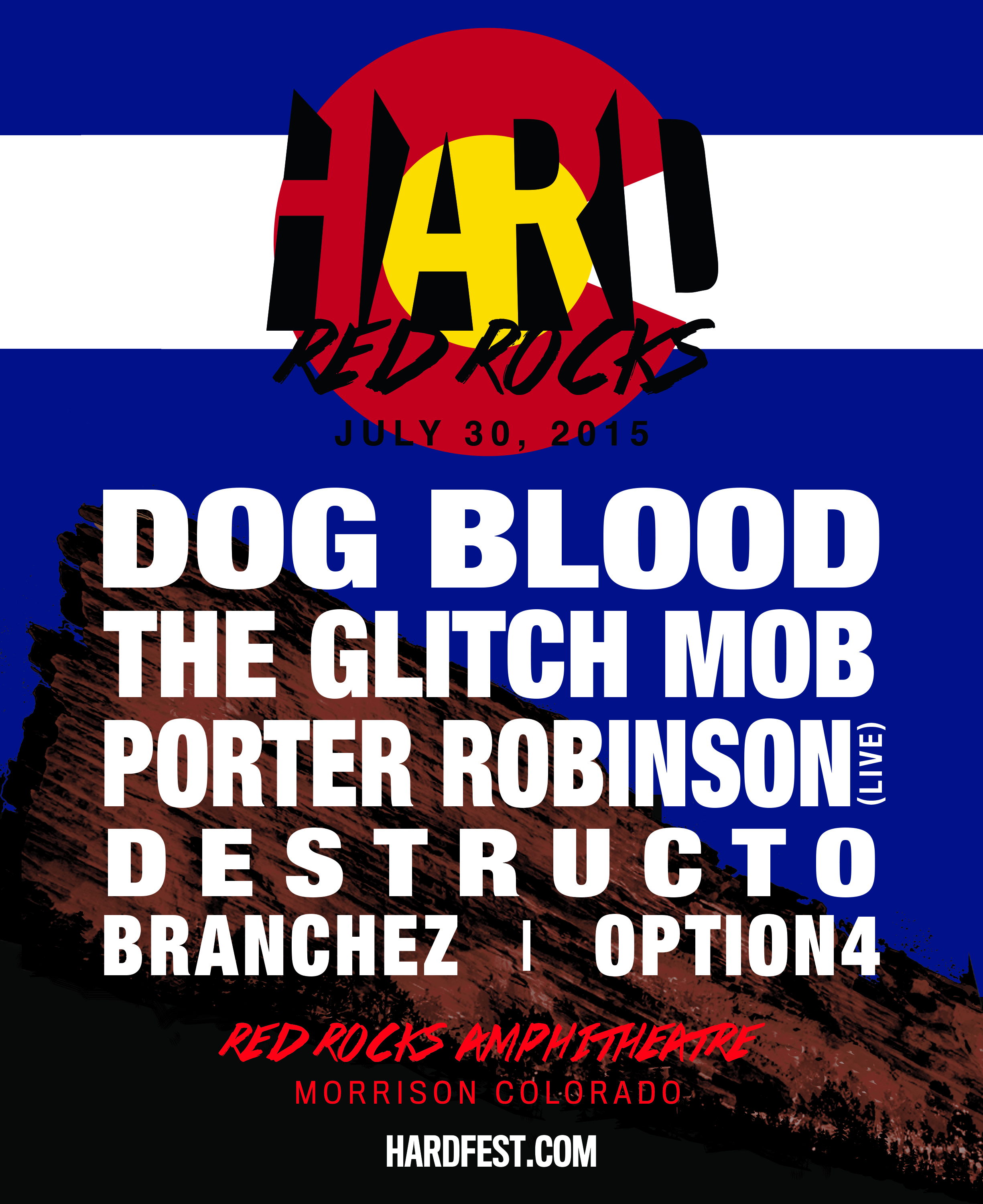 One of the most highly anticipated Red Rocks Amphitheater events of the summer is nearly upon us. Featuring the likes of Skrillex & Boys Noize as Dog Blood, Porter Robinson‘s epic World Live setup, The Glitch Mob‘s signature “Blade” and supported by Destructo, Branchez, & Option4 – it quickly becomes apparent that this show is not only going to be legendary, but is also a huge step towards redefining electronic music performances.

With at least three different stage designs guaranteed for the July 30th event, this will be one of the best production experiences around available to EDM fans, and HARD knows it. Check out their teaser for Porter Robinson’s Worlds Live debut at the greatest venue of our time below.

And, while Dog Blood has remained silent on the production front, they promise an epic live set chock full of new music. You can check out one of their mixes below for a preview of what to expect.

But let’s not forget The Glitch Mob, my favorite of the headliners for this show. Their combination of rock and electronic elements result in one of the most energetic and blissful performances you’ll ever witness. The Mob’s productions are just as fantastic, too. With a brand new EP and a fresh official remix for none other than Metallica, this promises to be one helluva rocktronica party. Check out Piece Of The Indestructible below.