Quite a statement from 2K Sports, the studio behind the NBA 2K16 game franchise. Its 50-track soundtrack will span a range of genres, including tracks from electronic artists Major Lazer, Zedd, and Calvin Harris.

The NBA 2K16 will feature six in-game playlists, one compiled by each of the three producers, a 2K Classics Mixtape featuring favorites from previous 2K installments, an international “Around the World” playlist, and a master playlist that includes all 50 tracks from this year’s selection. 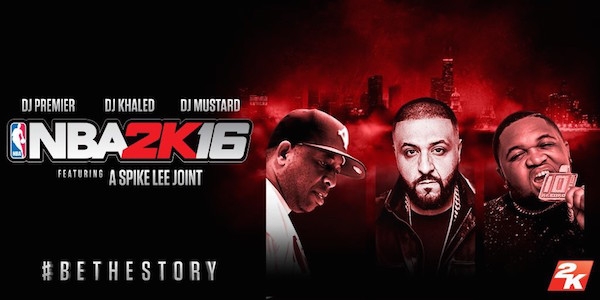 In addition to the selected tracks, the three curators will be contributing six new exclusive tracks for this year’s title. In anticipation of the release, 2K studios has released a Spotify playlist consisting of 44 songs to satiate fans. Looks like we’ll just have to sit patiently to find out what those six exclusive productions hold in store.