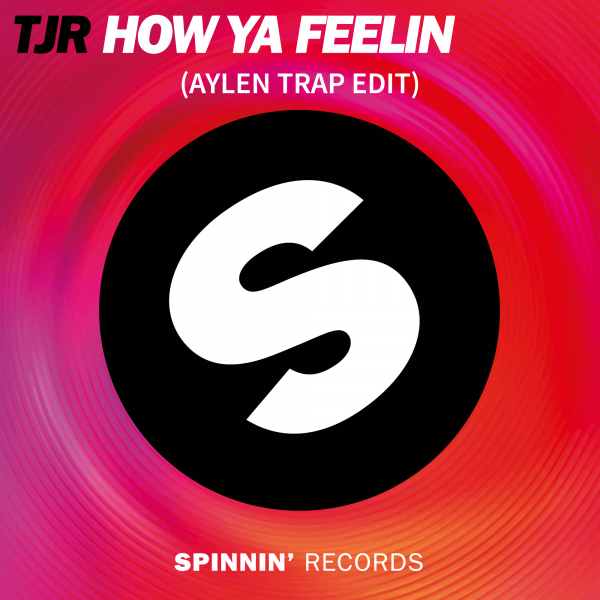 My first exposure to Aylen came midway through 2012 when I heard a joint remix with Kastra of Wolfgang Gartner’s “Redline.” Since then, he’s been putting out tune after tune spanning quite a few different sounds, throwing a big ‘ol middle finger to genre restrictions. Trap, house, and even pop are fair game, all done with a tasteful flair. Aylen decided to take a trip to the trap side of things with one of his newer releases, a remix of TJR’s “How Ya Feelin.”

To be brutally honest, I really don’t like TJR’s productions, ‘bounce music’ in general, or a good number of Spinnin’ Records’s releases. I have nothing serious against any of these, they’re just not my cup of tea. So when I saw TJR, bounce, and Spinnin’ all in one convenient package, I tried my best to avoid it. And I was doing pretty well until I stumbled across this remix. After a serious mental debate, I decided to give it a try because the words “Aylen” and “trap” really piqued my interest; and I’ve got to say I’m really pleased I did.

Aylen’s remix of “How Ya Feelin” starts off a fast-paced kick and clap, setting the energy level pretty high from the get-go. The build up is pretty similar to the original (I forced myself to listen for comparison’s sake), which isn’t an issue as Aylen’s efforts on the drop reveal what the original song should have sounded like. Multiple layers of sounds are mixed together expertly, resulting in festival trap perfection. The sub and drum-work fit perfectly together, driving the beat forward at a steady, head-bobbing pace. The second drop adds a little groove to the mix, bringing a more energetic kick pattern before flipping things back to trap. This switch is done flawlessly and would no doubt have me freaking out if I witnessed it live, elbows to the sky and stank-face on lock.

And a heads up to any Northeast / Tri-State readers, Aylen is playing as support for Mat Zo at Pacha on Friday, August 14. Tickets are available HERE.

Stream the track below or head HERE for free download!