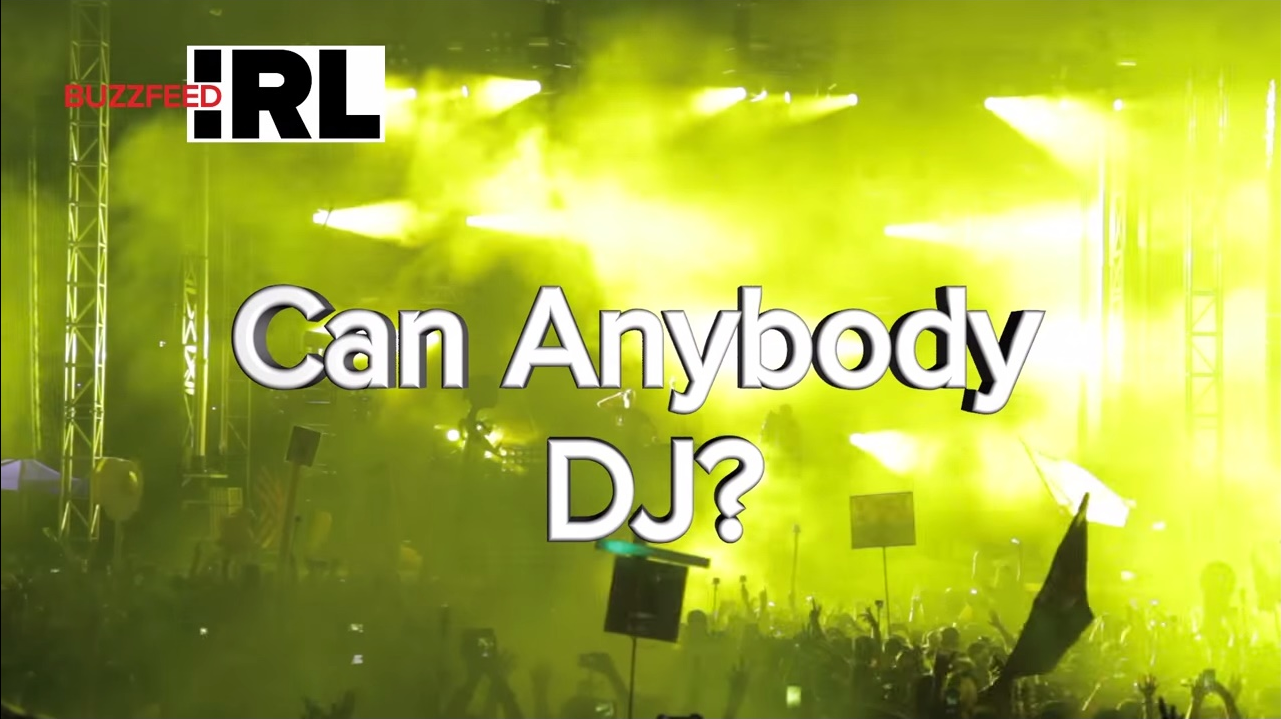 Ah yes, the age old question: How hard could it be to DJ? Depends on your definition of what a DJ really is… Based on the EDM standard, a DJ means one who plays live for a crowd, but also produces their own music. My sister, who has no interest in EDM, would say it’s just the “button pushing” part.

As the fever of ordinary people learning how to DJ grows with both Your Shot USA and Simon Cowell’s new competition, it should come as no surprise that Buzzfeed decided to take a crack at it and figure out just how difficult the art of mixing would actually be. To do this, staff member Ryan Bergara ventured to the Dada Land Compound to pick up advice from banana wearing ravers and headliners Dada Life themselves. Both Stefan and Olle explain mixing in the most technical terms possible, before telling him that there was a good chance he could pick up basic mixing skills in just a week.

Ryan then spends a week with Say My Name, who goes more in-depth on the techniques of DJing before fast forwarding through the rest of the week of rehearsal. Then he performs a set in front of his coworkers with Say My Name and Dada Life judging his performance. To be honest, the guy doesn’t do too bad at first. While his trap arms need a lot of work, for someone who was only at it for a week, his technical skills ended up being better than expected. What’s even more enjoyable is the fact that this 9-minute Buzzfeed video was more entertaining and informative than the first three episodes of Your Shot USA combined.

So was Zac Efron right? Was all you needed to be a DJ a laptop and a little bit of talent?!

And more importantly, do reality shows actually have a leg to stand on, so long as they try to not integrate their competition winners into the actual dance community?

I guess it really all depends on what your definition of a “DJ” is. While Ryan and those with no production skills could never hold their own as festival headliners, their technical prowess might land them a spot at a house party or bar mitzvah.