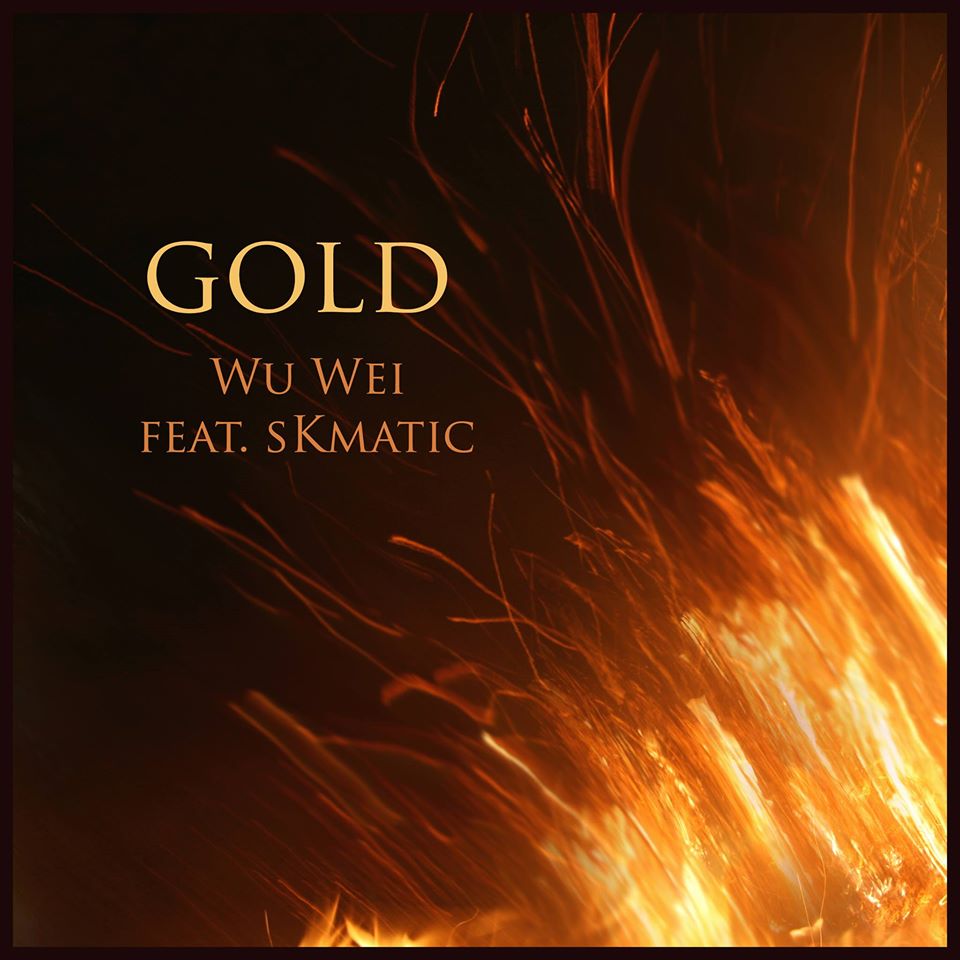 To kick off the artist interview segment of West Coast Wednesdays, we are very excited to bring you this interview with the up and coming bass music artist known as Wu Wei. Based out of Humboldt county, Wu Wei has carved out a very unique niche for himself with his style of beautifully ambient & squishy bass music that just keeps getting better with time.

Listening to Wu Wei is an experience. His meticulously placed and expertly tweaked pads and effects make up a layered world of ambient space you cant help but get lost in as an array of beautiful native and classical instruments work alongside gritty, squishy synths and bass filled tribal drums to lull you into a kind of meditative bliss. Wu Wei knows exactly how to touch your heart and mind with his music and he does it consistently with just about every track he produces. His most recent EP, Transfixed, out now on Shadowtrix Music, showcases everything we’ve just talked about and more. If it’s not in your playlist already, it definitely should be.

In addition to this interview, we are f*cking thrilled to be able to premiere Wu Wei’s latest track, “Gold” today in this article as well. This absolutely stunning track also features the amazing vocals of sKmatic, a female vocalist & producer from San Francisco. After this track we have a feeling that they will both be blowing up in a very major way. Wu Wei’s amazing sound design echoes Glitch Mob in the best way possible, and sKmatics vocals keep us coming back again and again. Their song’s been on repeat the entire time I’ve been writing this, so do yourself a favor and swoop it while its hot. Then check out our exclusive interview below and go give both these artists a follow on Soundcloud. They certainly deserve it.

Who are some of the biggest inspirations behind your style of music? –

As far as electronic music goes, probably Bluetech, Koan Sound, Nit Grit, and Culprate. I consistently want to make music whenever I listen to those artists. I also have lots of respect for anyone who is attempting to fuse heavy melodic focus with powerful dance beats and forward-thinking sound design.

How did you come to find your sound?

I guess observation and lots of experimentation. It’s always been easy for me to decide on what parts of certain music move me. So I suppose it’s just been a long series of figuring out certain sound-types that I vibe on, messing around with them in the context of a song, and feeling my way around from there. It’s paradoxical, because I feel like my sound is always shifting to my ears, like I can never really pin it down, but at the same time it feels like there are elements that I consistently hear in my music that have always been there and I’m not really sure how they got there or why.

Whats a quality you look for the most when choosing a vocalist?

“I know it’s kind of cheesy to say, but x-factor. The human voice is one of the most incredible instruments that I’ve ever experienced, and has such an amazing capacity to move people in just a moment or two of song. There are tons and tons of wonderfully trained, talented vocalists out there, and I would love to work with any of them, but there are those certain special qualities in some voices that just raise the ceiling in terms of how powerful they can be. The same could be said of any kind of musician I think.”

What inspired this latest track with sKmatic?

“I think just us meeting. We’re both two highly motivated artists, and our workflow together reflects that. I initially sent her a tune that was very bare bones, and she sent me back those vocals which I then reworked the whole tune around. It was a really inspiring and exciting song to work on and only became more inspiring and exciting as the writing process went on. So I guess the song really inspired itself, if that makes sense.”

Was there a theme behind your latest EP, Transfixed?

“Yeah, totally. It’s pretty much a meditation on keeping one’s mind focused on the parts of reality that our minds can’t seem to focus on. In other words, remaining consciously engaged with those aspects of our experience as humans that we are aware of, but can’t quite seem to qualify with words directly. In Latin, ‘Trans’ means across, beyond, or over, and ‘fixed’ means immovable, or fastened. So, by calling it ‘Transfixed’ I meant to imply a sense of an unending focus (or ‘fixedness’) on the endless realities beyond (or just at the edge of) our capacities of perception.”

Tell us about some of your favorite plugins.

“For sound design I go mostly to Serum, Prism, Reaktor, Zebra 2, and FM8. I also do a lot of work digging for plugins that are typically used for cinematic scoring, most of which are Kontakt devices. As far as percussive stuff goes, I use Battery for most of my drum machine-related needs, and really enjoy Damage, which is a Kontakt device and has a few really nice traditional drum setups built in, as well as a bunch of great kits meant for scoring. There’s one made from someone hitting a metal dumpster that’s just awesome.”

Whats next for Wu Wei?

“I’ve got a new EP forthcoming from Muti Music in a couple of months that was directly inspired by an Indian legend that’s a personal favorite of mine. I’m very excited for that release.”