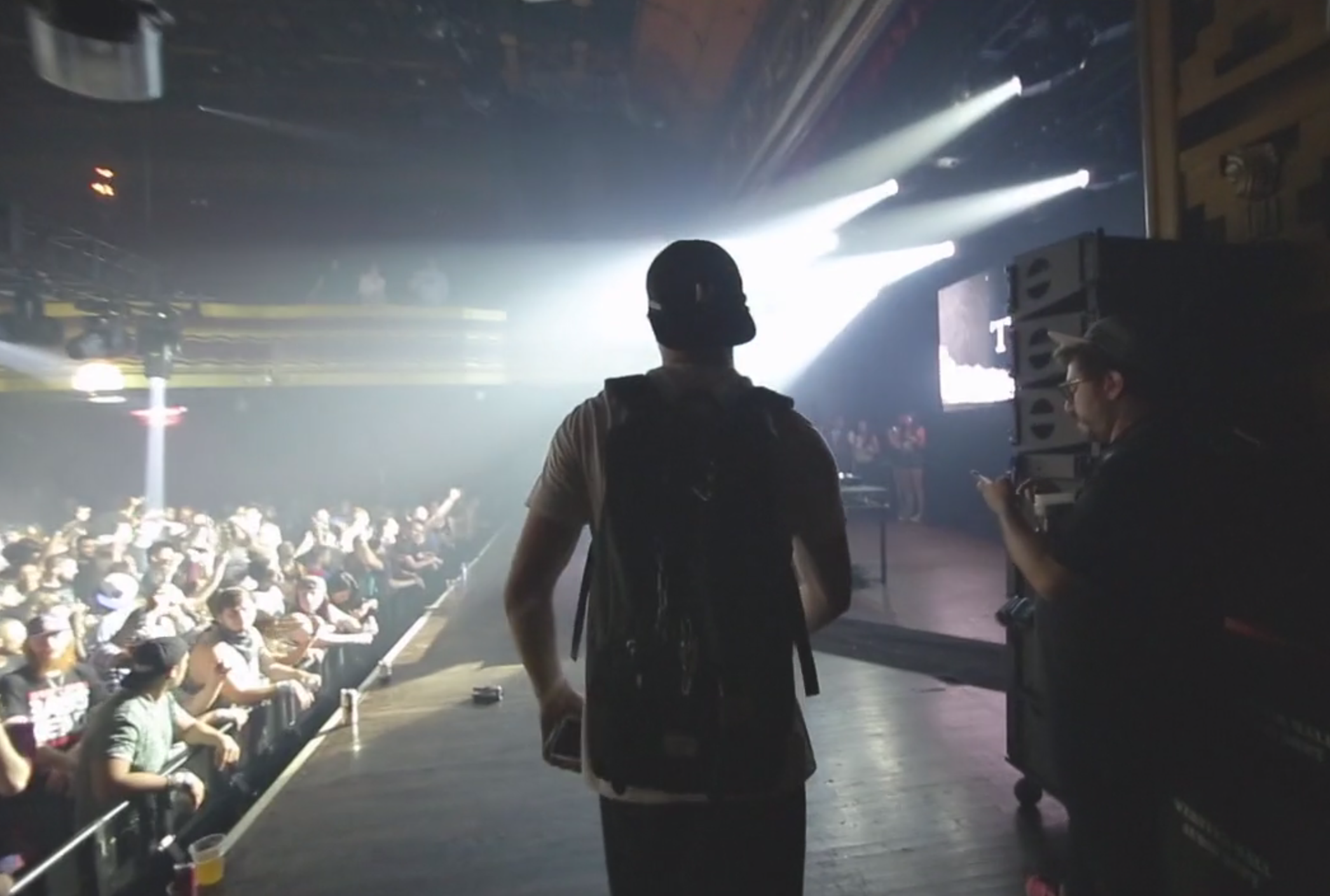 Momentum: We Are Not Your Friends

By now, you’ve definitely heard about the upcoming release of We Are Your Friends, the EDM inspired movie starring Zac Efron. I’ll admit, he has the looks and attitude to play a DJ, so like many of you, I had some hope for this one…until I saw the trailer. Riddled with corniness, the film appears to mock the very same community it’s trying to appeal to. And I’m not the only one that feels this way. A number of respectable producers took to Twitter after the trailer’s release to express their distaste for the film’s portrayal of the dance music industry.

Still, the overwhelming response spoke volumes about there being a desire to see this community accurately represented in the mainstream media.

Unfortunately, the Catfish crew totally catfished us with We Are Your Friends. But all hope is not lost, as a new project is about to pick it back up and get things rolling again.

The project is called Momentum and it’s a scripted TV series produced under Salt Pond Creative, about a construction worker from New Jersey who goes from making music in his bedroom to becoming everyone’s favorite up-and-coming artist overnight.  If you’re thinking this sounds like the exact same WAYF mess, let me assure you it’s not.

The key difference is while We Are Your Friends seems to focus on the party side of things and how to get famous, Momentum is more focused on how to navigate the inner workings of the nightlife industry once you gain recognition and the rollercoaster ride of hurdles that inherently come with it. As the show’s creator and lead actor Michael C. Morello describes it: “Imagine Entourage but grittier in tone, set in NYC instead of LA, and instead of the entertainment business, this series is all about the music business, which is a lot different today than it was even just a few years ago.” Momentum will offer an intimate look inside the industry, from the world of the artist, to the manager, to the agent, to the label heads; a part of the industry most EDM enthusiasts don’t ever get to see.

The creators themselves have their own personal industry experience, as well as a number of reputable industry consultants on their side to maintain authenticity. Spencer Zabiela, the Director of this project, explains, “We’re curating real life. We’re just adapting our own experiences and those of our peers.  I think this community so badly wants to see the things they experience first-hand every day portrayed on the big screen. It’s hard to embrace something that feels disingenuine, so we always have the authenticity factor in the back of our minds.”

Another exciting element of this project is the opportunity to showcase new music from emerging talent.  Cory Riskin, who will serve as Momentum’s Music Director, says,  “Our goal is to turn the show into a platform that has the power to break up-and-coming artists by featuring their music throughout the series. We definitely want Momentum to be a tastemaker series as far as the music goes.”

But the potential extends beyond just music. “This is a collaborative project,” says Lex Houser, Momentum’s PR Director. “And by that I mean, whether you’re an artist, a brand, a label, venue or collective, it’s going to be a priority of ours to find creative ways to work you into this series because this show can serve as a visual time capsule. This is a way to leave our imprint on the world so future generations can understand what this electronic music movement was actually like and all the people, places and things who were a part of it.”

However, ensuring authenticity can get to be an expensive venture. The creators have taken to Kickstarter in hopes of receiving enough support to finish the series. Donations will go towards securing venues for filming, transportation, equipment, and all the other on-set necessities. If money is tight but you’d still like to support the project, the simple act of sharing this initiative with your personal networks is equally as impactful.

So what can we expect to see once the project gets fully funded?

“There are so many tiny, quirky details that make the world of EDM what it is,” Morello says, “so Momentum doesn’t want to focus on the generalities. Instead, it hones in on the details while they’re all still fresh in our minds. And I think that is something that will make this series stand apart from anything else you’ve seen or will see on TV.”

Check out the video below and see this amazing project for yourself! And be sure to click HERE to visit Momentum‘s Kickstarter page!