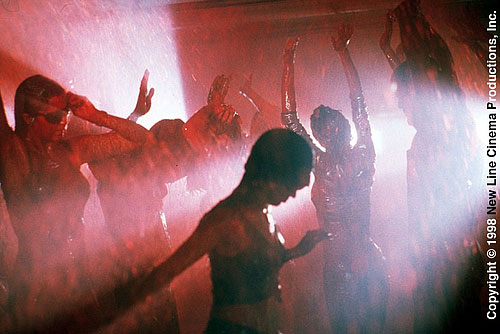 Vampires, freaks, and oddly inclined ravers are being invited to the world’s first ever “blood rave” to be held in Amsterdam this coming Halloween. Created in effort to simulate the opening scene from 1998 action-thriller, Blade, this is a no frills affair which will douse attendees with approximately 5,000 liters of blood.  Equal to over 1,300 gallons – you can begin to understand just how intense this dance event is going to be.

Although there has been no word on who’s performing as of yet, the promotional company teased “house, techno and beats” as the genres of choice on the Facebook event page. Yet, this selection has been met with some hesitation from potential attendees who seem to desire more industrial and drum n bass type music to better fit the theme and better accompany the original inspiration.

The organizers for the event have elected to remain anonymous, but advertise a state-of-the-art dispersal system which aims to please revelers with it’s accuracy to the original segment.

“After a long search we have developed a special sprinkler system with pipes running across the ceiling and thus making us able to spray blood over the crowd. We’ve already tested it a number of times a substance resembling blood.”

In reference to using real blood the promoters claimed…

“It is pushing the borders, but we want to see how far we can go.”