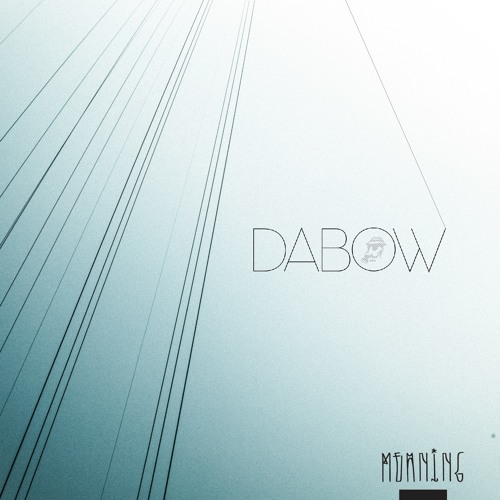 Three months ago, Dabow released his premiere EP on Mad Decent titled Triple Shadow. Following an immense reception stemming from his original, hard-hitting, sample-infused style, the Argentine producer has finally decided to unveil a substantial follow up in the form of a three song, sophomore EP called Meaning. Although this work was approached with similar intent – a club walloping array of grimy trap beats featuring unheard of synth concoctions and driving percussion arrangements – its timing comes as a perfect reintroduction to the artist for his ever growing base of listeners.

Meaning houses a small but powerful catalogue of originals that carry enough weight to be placed alongside the best coming out of such groups as Soulection, Fools Gold, and Team Supreme. Dabow’s constant ability to retain real musicianship and personality within his beats is his defining characteristic, and one that greatly separates him from the rest of the scene. The significance of the EP title is shown through the individual track names, each a direct reference to a philosophical concept, school of higher thought, or general outlook on life. Dabow seeks to portray these ideas within his work, and does so with a lively and movement-inducing method. The EP is currently up for free download here.

The leading track is titled “Rasasvada“, referring to the Indian philosophy of unburdened pleasure perception. It begins with a slowly swelling wave of horns and brass-oriented sounds that are quickly overcome with a rush of snare rolls and white noise. The break is defined by its dynamic and powerful sub bass which flows effortlessly beneath the tight percussion elements and personified blips of a metallic synth. Short bursts of noise and samples interrupt the beat on several occasions, until the percussion is removed entirely to pave the way for a return of the horns. Distorted and pitched vocals characterize the second drop, swirling and repeating around the space with energy. The track ends with a loop of the same vocal chops, this time able to be understood without the cover of other elements.

The second track, “Ikigai,” is named after a Japanese concept meaning “a reason for being”. Fuzzy clicks delay from left to right while an arpeggio of metal hits and snare arrangement transition us into the drop. A vocal countdown leads into an onrush of overwhelming sirens that disappear as quickly as they emerge. The measures are broken up by yelps and cries while Dabow’s unmistakeable kick and snare serve as simple and effective markers in between. A light cymbal crash brings us into a jazzy, downtempo vibe over evolving chords – a breath in energy. The rhythm returns, this time with a broken array of percussive synths and a lively sub underfoot.

Finally, there’s “Gods Gift,” (hopefully) named after the strain of weed known for its large THC content and euphoric high. The introduction features a gradual approach of atmospheric synth and explosions of drum. Soon, the rhythm enters the space with a simple and brooding melody overhead. The sub bass is brought in and out intermittently, and contributes to the underlying feeling of darkness and continuance. Eventually, everything is stripped away but a lone piano which plays melancholy trills before the lead synth reenters the mix. The rhythm is brought back and repeated, until the piano is added on top to give the entire song new meaning and depth.

The entire EP can be downloaded for free at this link.