Win Tickets to See KapSlap During His AMA Tomorrow!

This year has been full of incredible milestones for Kap Slap. Though the DJ made a name for himself with an arsenal of mashups, in February he released his first original tune “Let It All Out” ft. Angelika Vee on Ultra Records. It launched a new phase in his career, one that led to the decision to leave the New York area and relocate to Los Angeles to continue his career.

Still, Kap Slap has kept busy with touring, playing festivals like Paradiso and venues like Pacha back home in New York over the summer. Now, he’s closing out the year with his “Cloud 9” tour, starting this Friday. The 12-city tour begins in Philadelphia and stops in cities like Chicago, San Francisco, Boston, and more.

To celebrate, Kap Slap will be answering your questions live on Your EDM’s Twitch channel tomorrow. Join us at Twitch.tv/YourEDM starting at 7pm PST (10pm EST), for a special Q&A about tour life, production, and even a giveaway to a show of your choice. And if you’re lucky, he might even give fans an exclusive sneak peek of some unreleased music, but only if use the hashtag #AskKapSlap on Twitter and ask nicely. We’ll also be taking requests for a few live dares, so be sure to spend the next 24 hours thinking really of something really good for the AMA – anything goes! (well, except nudity and anything that would get him arrested but you get the point).

Until then, be sure to check out our stream below, and see if Kap Slap is stopping in a city near you this fall: 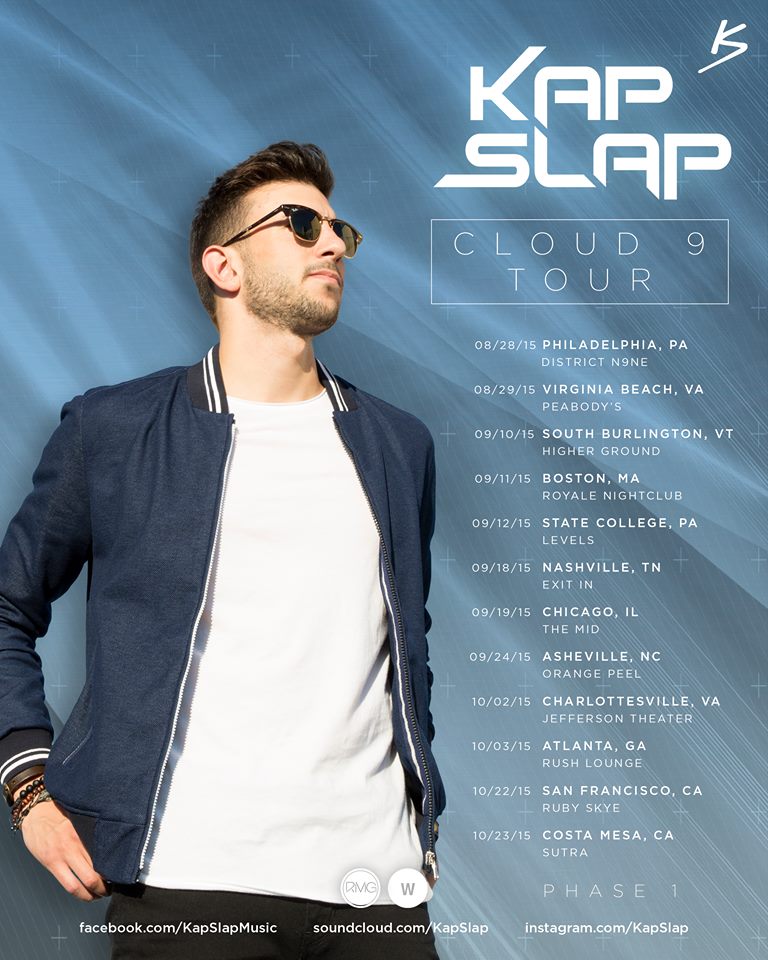