D.O.D has just teamed up with the rising Duckworthsound for a raucous electro banger set to “Blow Up.” The single takes the form of a demented centipede, employing hollowed risers and poignant synth breaks to crawl along with devious purpose. Tying the track together are disembodied howls, completing the creep-factor and offering a haunted ambience. Punchy, driven, and aggressive, “Blow Up” is sure to see some primetime use in energetic sets. Head over to iTunes and make it yours.

For Duckworthsound’s inaugural release on Hysteria Records, we had the chance to catch up with both D.O.D and Duckworth to hear about their experience working together. Read on for our interview with D.O.D and continue on to page two for more thoughts from Duckworthsound regarding the future, and inspirations behind their sound.

You received some help early on in your career from Mixmag, how does it feel now that you’re in a position to do the same for upcoming artists? What is it that you look for in identifying talent?

D.O.D: “Mixmag is part of the reason for where I’m at today for sure, and helping others is something I’ve always dreamed of doing. I mean, don’t get me wrong there’s still a lot more I want to achieve in the industry, but it feels great to be able to help people along the way now in getting that real boost into the industry. We’re working in a really over saturated market right now, and I believe that true talent and originality will always break through, and that’s what I look for when people send me music. I get hundreds of promos off aspiring artists that all sound the same, but what people need to understand is that they’re trying to re-create something that’s already been done before but better and months, if not years before. Originality in music is key. The production doesn’t even need to be that amazing, it’s all about the ideas. I’m really into technical DJing too, so if you’ve got the skills on the decks to back everything else up, you’re onto a good thing.”

What was your experience working with Duckworthsound?

D.O.D:”It was great! I always try and help out artists who I think deserve it and Luke is one of those guys. He sent me over a demo and I loved the lead on the drop so much I asked him if he liked to do a collab on it. He agreed to it, sent me over the stems and I got to work straight away. I had already made the breakdown in a hotel room in LA a few months before which fit perfectly with the track. I wanted to keep Luke’s drop pretty much the way it was, but just beefed up with new percussion, EQ, new mix and master etc. Luke is also from the UK, so he’s actually been to a couple of my recent shows, which I think has been great for him for see how things work backstage. I invited him up on stage at the Manchester show I did too and played our new ‘Blow Up’ collab together.” 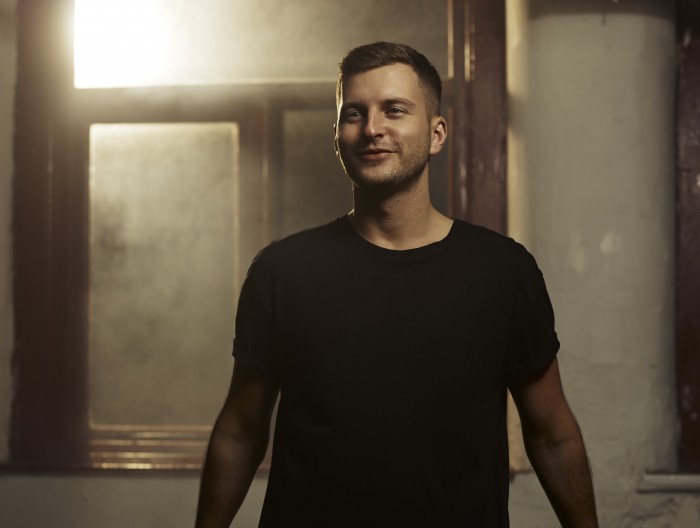 Being a brand ambassador for Pioneer, what’s your take on the importance of balancing skills both DJing and producing?

D.O.D:”I think it’s super important. We’re living in a different age of what defines an electronic artist in my opinion. Maybe it’s my old skool UK DJ way of thinking about it, but DJing came before producing. People would build careers back in the day from being technical on the decks and dominating the crowd, now you need a hit to make it into the big time. I think this is very apparent in what we are seeing today with the new breed of electronic artists. They are focusing more and more on production as they realise it’s key to breaking through, but a lot of the kids have never touched any decks in their life. Which isn’t a problem at all as you have to start from somewhere, but some people get thrown into the deep end and can find themselves playing front of huge crowds with no DJ experience whatsoever. I understand that DJ equipment is very expensive, but I think if you’re serious about doing this as a career, you need to practice. Borrow some friends, or even chip to with a few buddies to buy and share the equipment between you all and see it as an investment. Having the confidence behind the decks on a big stage could be the make or break factor.“

Your latest releases on Mixmash and Wolv are radically different, and I can’t get enough of “Enter.” Can you explain the latest inspiration behind your sound?

D.O.D: “Thank you! I kind of just hit a point of wanting to push things in a different direction and try some new things out. It’s all well and good playing it safe and producing the same style every release, but it’s not going to progress you any further in the long run, I think you need to tap into new markets to keep current and move forward. And that was my reason for making ‘Enter’.  This was the first moment where I thought to myself I’m just going to make something that I want to make and not worry if anyone likes it or not. After I had finished it, there was only one home for it in my opinion, which was Dyro’s ‘WOLV’. Dyro is the best producer in the industry in my opinion. He’s smart and strives for originality, which is something I wanted to be a part off. Luckily he really liked the track and snapped it up straight away. It’s been great working with him over the last few months!“

D.O.D: “Music, music and more music. My release schedule is packed out now till the new year, which is something I’ve been working towards for years. So I’m super happy with everything and the different labels I’m working with. 2016 is already shaping up to be great and I’m excited to show the world some new music!”

Continue on to the next page for more words from Duckworthsound.

Win Tickets to See KapSlap During His AMA Tomorrow!