Get Sky High At The Bumbershoot Silent Disco

Like many festival performers, Jimi Hendrix believed musical experiences bring people of all ages, interests and cultures together. Hendrix believed in the power of music so much so that he considered it his religion.

The EMP pays tribute to the Seattleite by naming its concert venue the Sky Church, a term coined by the legend himself. With 70 ft ceilings, top-notch light and sound systems, and a monstrous HD LED screen, this venue no doubt provides that beautiful musical adventure which Hendrix loved.

And lucky for all those attending Seattle’s 45th Bumbershoot, USC Events will be presenting one hell of a series of Silent Discos throughout Labor Day weekend. Every night through September 5th to the 7th from 6:30pm-12:00am attendees will “plug in” to see some of the hottest producers such as Dr. Fresch, Candyland, Dieselboy and many other local artists.

If you have been living under a rock for the past few years and don’t know what a Silent Disco is, you are about to experience a whole new way to listen to live music. In replacement of sound systems, guests listen to the DJs through wireless headphones in a room that is silent besides the sounds of dancing feet and vibrations of bass. As soon as you slap those headphones on, the once silent venue transforms into an energetic musical atmosphere.

Come buy your Bumbershoot ticket HERE and dance the night away in silence! 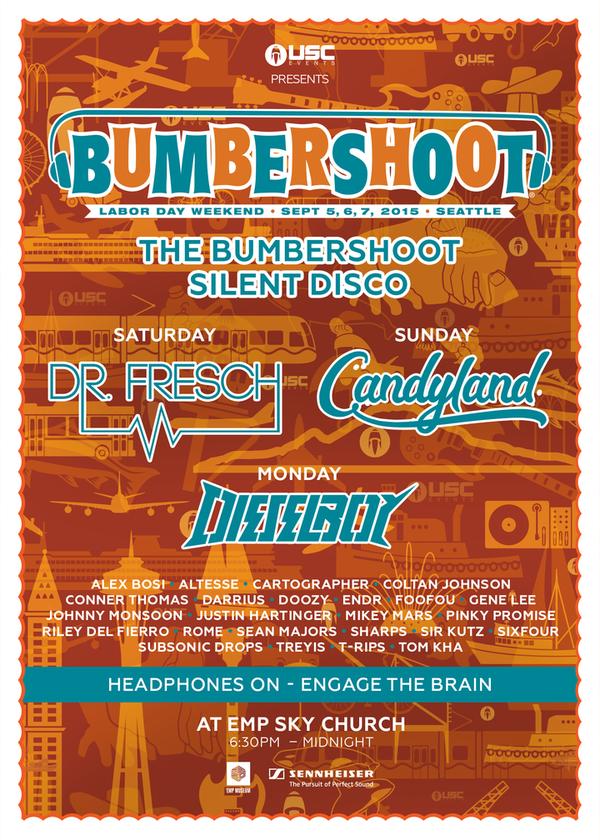 Justin Bieber Performs “Where Are Ü Now” At VMAs, Breaks Down In Tears