There’s no question that the Swiss-based producer/DJ known as EDX has been on a tear this year. In the past three months, he’s seen three separate Hype Machine #1’s, including his remix of Sam Feldt’s “Show Me Love,” a remix of Spada’s “Catchfire,” and most recently, his latest original, “Belong.” On top of that, he’s been dominating on the touring front with appearances at EDC Las Vegas, Paradiso, several stints in Ibiza and abroad, as well as all of his upcoming gigs on this new “Belong” tour.

The tour kicked off last night in Calgary, but throughout this month, EDX will be hitting major cities across North America, as well as festivals such as Electric Zoo, Dancefestopia, and TomorrowWorld. If you haven’t seen him before, now’s your chance to enjoy one of his outstanding, eclectic sets, and if you have seen him before, you already know what we’re talking about. See the full list of dates below and pick up tickets here. 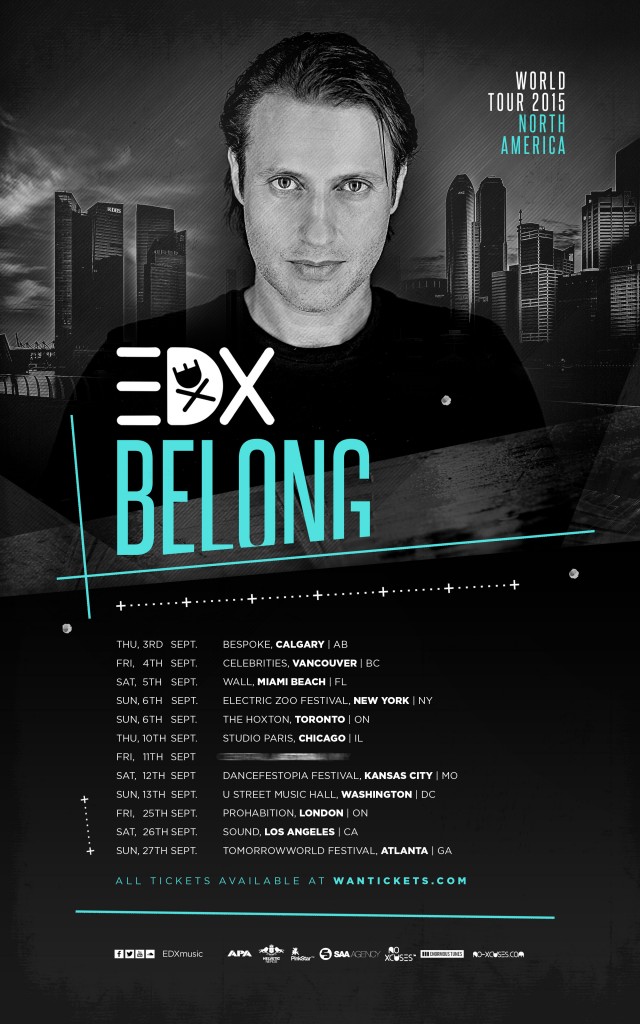