Baltimore Club: To The Beat Of Justice

by Timmy Kusnierek
in Editorial, Editorials

“Baltimore club is rooted in the soundscape of the city. It’s about the violence, it’s about the drugs, but it’s also about getting through and creating hope.” – TT The Artist

It’s long been a practice for artists to express political views and incite social commentary through their music, but this is rarely a theme in the genre of dance music. Baltimore Club is different. Taking root in the location of its namesake, Baltimore Club is held near to the hearts of locals for more reasons than just its staple “Baltimore Knock.” The genre documents the struggles endured by the community, embodies the release of emotion, and stokes hope for the future. Thanks to Thump and Michelle Lhooq, we’re offered a deeper look at Baltimore’s vibrant dance culture with their latest special.

To understand the significance of Baltimore’s music scene, it’s vital to consider the city’s history and heritage. Since its settlement over 300 years ago, the city has remained a hotbed of change, with racial and ethnic politics acting as inseparable parts of its development. Leading up to the Civil War, the city of Baltimore had the largest free African American community in the nation, and was the site of some of the earliest civil rights demonstrations in the ’50s. After experiencing economic growth during World War II from nearby Liberty ship and aircraft manufacturing plants, drug use exploded in the ’60s. Baltimore then suffered a sharp post-war decline in the economy, leaving a strong working-middle class in the city which has remained up to present day. In April of 1968, the city broke into a four day riot following the assassination of Martin Luther King Jr., and 47 years later, the city once again erupted into violence following the murder of Freddie Gray. All the while, music has played an integral role in the city’s landscape, acting as a feedback loop for the growing pains of its denizens.

Over the years, Baltimore has taken a pivotal role in the development of jazz, ragtime, gospel, doo wop, hip-hop, and R&B, to name a few, and has produced an even greater number of noteworthy musicians. Fast forward to modern day, and we’re met with the Baltimore Club scene: a raw dance genre straight from the city’s underbelly. “Bmore Club” has its roots in the late ’80s, when African American cities all over the nation were suffering from the HIV/AIDS epidemic and the rise of drugs like crack and heroin. In the words of Abdu Ali, “Baltimore Club rose as a way to balance the hardship and darkness with peace and joy.”

Particularly following the death of Freddie Gray and the resulting riots in April of this year, Baltimore Club pivoted to serve as a vehicle for combating social injustice. TT The Artist explains that the Baltimore Riots were a result of the community feeling voiceless and hurt by treatment coming from their own city. So, after the protests concluded, the community banded together to form more peaceful ways to express their discontent. The Baltimore Club scene, specifically, rose to the challenge, organizing peaceful protests around dance and showcasing far more than just the media’s portrayal of reactionary violence. 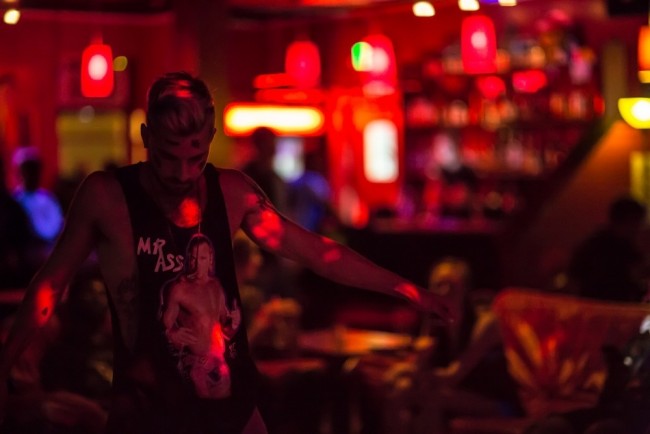 Baltimore Club tracks typically include heavy repetition of a particular sample, akin to a mantra, which offers ample opportunity to broadcast a meaningful phrase. The power of the latter is exemplified by Blaqstarr and Schwarz in their use of protest samples from demonstrations in both Baltimore, Maryland and Ferguson, Missouri. By sampling an existing sound already loaded with the implicit emotion of a moment, a song gains a sense of authenticity, and preserves that emotion for others to experience – it really is a spectacular concept. Schwarz describes it as follows:

“If you’re just hearing the raw, actual sound of something that happened, it has a certain power to it. You’re not creating a sound for the song, you’re using a sound that already has this meaning and bringing it into it.”

Schwarz’s remix of Blaqstarr, “Hands Up Don’t Shoot,” employs samples taken from the protests of Ferguson, flipping the original “Hands Up Thumbs Down” into a politically charged track documenting the injustice. The incredible response garnered by the remix led to the formation of his Turn Up For Justice parties, and has inspired others to use the music as a similar tool. Particularly fascinating is that these parties aren’t standalone endeavors, but serve to support existing demonstrations. In the wake of the Baltimore riots, much of the funds generated went to support protesters who were arrested and incarcerated. With creative productions techniques like protest sampling, hosting events to fundraise for a cause, and instigating necessary discussion with their music, these producers have created a beacon for what’s possible within the greater genre of dance music.

The artists featured here are genuine, yes, but part of something much larger: using their passion for music and community to affect change. Dance music at large has an undeniable power to evoke emotion, offering unlimited opportunity to give voice to issues and ideas both grand and small. If we’re to learn anything from this piece, it’s the power of music to unite and rise up as one.