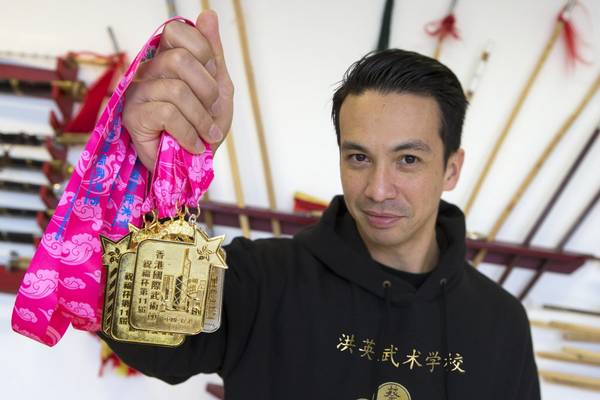 Sure, you might know him to slay main stages around the world, but Laidback Luke doesn’t stop at pounding beats. He’s a current world champion in Choy Li Fut, a sub-genre of Kung Fu, and also uses elements of Yang Style Tai Chi. That’s right, he can both kick your ass and twerk it out in one fell swoop.

@Ice88D I do Choy Li Fut Kung fu and Yang Style Tai Chi. We combine loads of styles in my kung fu.

As part of the Dutch national team, Luke and his three teammates recently competed in the 16th annual Plum Blossom International Championship Tournament held in San Francisco. Featuring a range of competitions, from long weapon sparring, point sparring, and Tai Chi forms, the tournament has become renowned for its consistent high-caliber competition. Out of the 11 medals won by the Dutch team, Laidback Luke brought home four of them: two gold, one silver, and one bronze. Here’s what their coach, Mark Horton, had to say on the success:

“I was incredibly proud of the guys for the fantastic results even though the level of the competition was very high, especially with the American teams. This is a great indication for the world championships in 2016.”

Maybe we can hope for a Celebrity DJ Smackdown at some point in the future. I’d watch that…