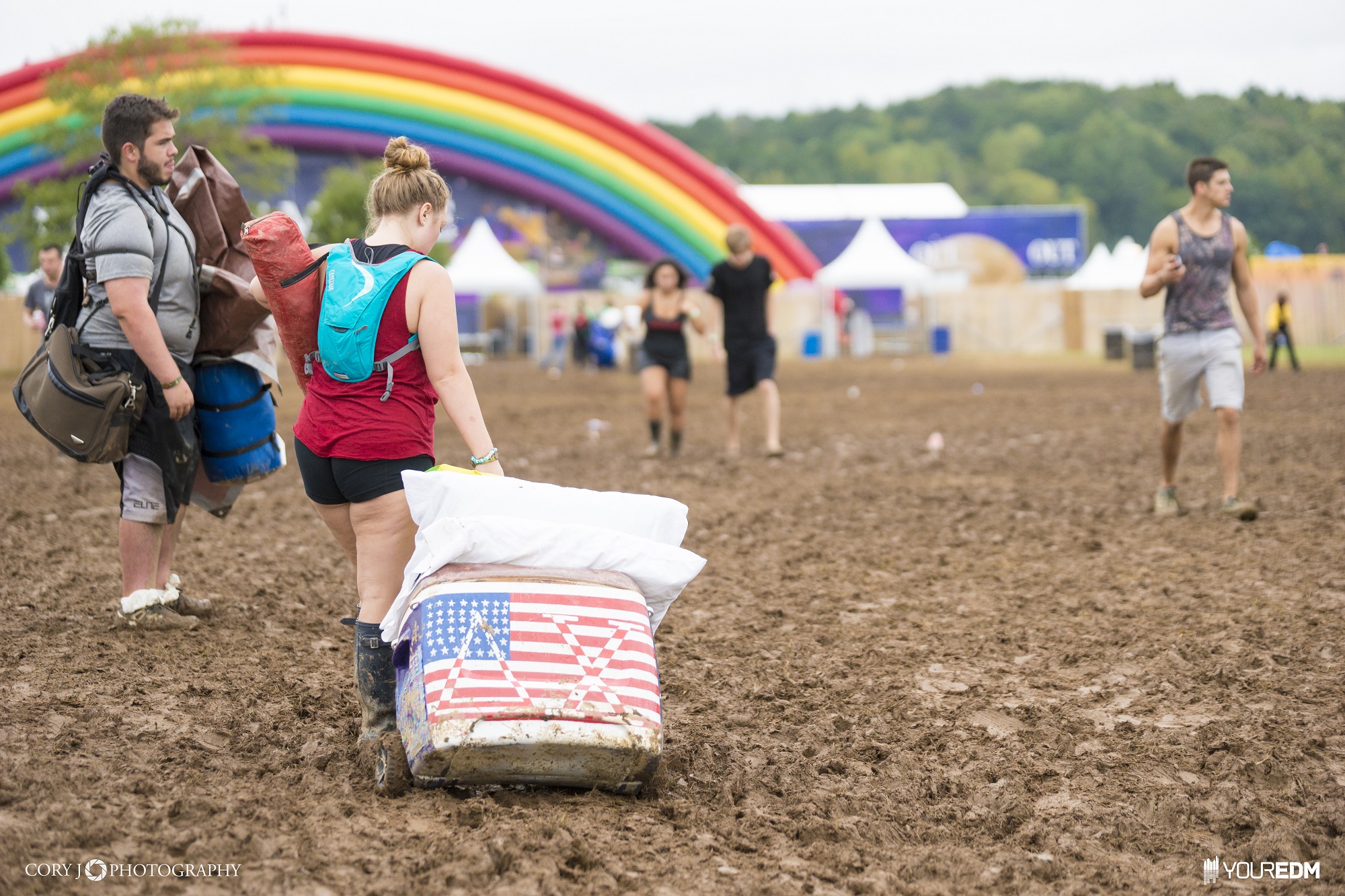 TomorrowWorld has left an imprint on not just the attendees and officials who oversaw this weekend’s event. A couple videos in particular have popped up depicting a deserted wasteland of trash and camping equipment, an indirect result of the weekend’s inclement weather.

When campers arrived initially, they were told they would have until 2pm on Monday to clear out their belongings and set off. But as Monday rolled around, after the events of Saturday night and the subsequent lackluster attendance of Sunday, the camps were told that they couldn’t reenter after 11am to recover anything that they couldn’t carry in their first trip. An attendee who was there described it:

The huge trek back to the car combined with deteriorating conditions and a significant wait to get out of DreamVille and into the parking lot further reduced the time we had to get out and get back if we had to make several trips. Thankfully we had enough people and means to transport all of our gear in one trip, but many camps did not. Other campers who had no means of transporting their gear (other than in their arms or on their backs; we borrowed a shopping cart which someone left behind) were forced to leave belongings behind, resulting in the grisly videos that you’re seeing today.

So really, the campers are not entirely to blame for the massive amount of trash and refuse left over after the weekend was through.

All of the hullabaloo finally coerced even deadmau5 to make some sort of statement about the situation, though he wasn’t exactly sympathetic.

He can ridicule the situation all he likes from his comfortable mansion, but the evidence is still laying in the fields, waiting for the clean up crew to take everything away.