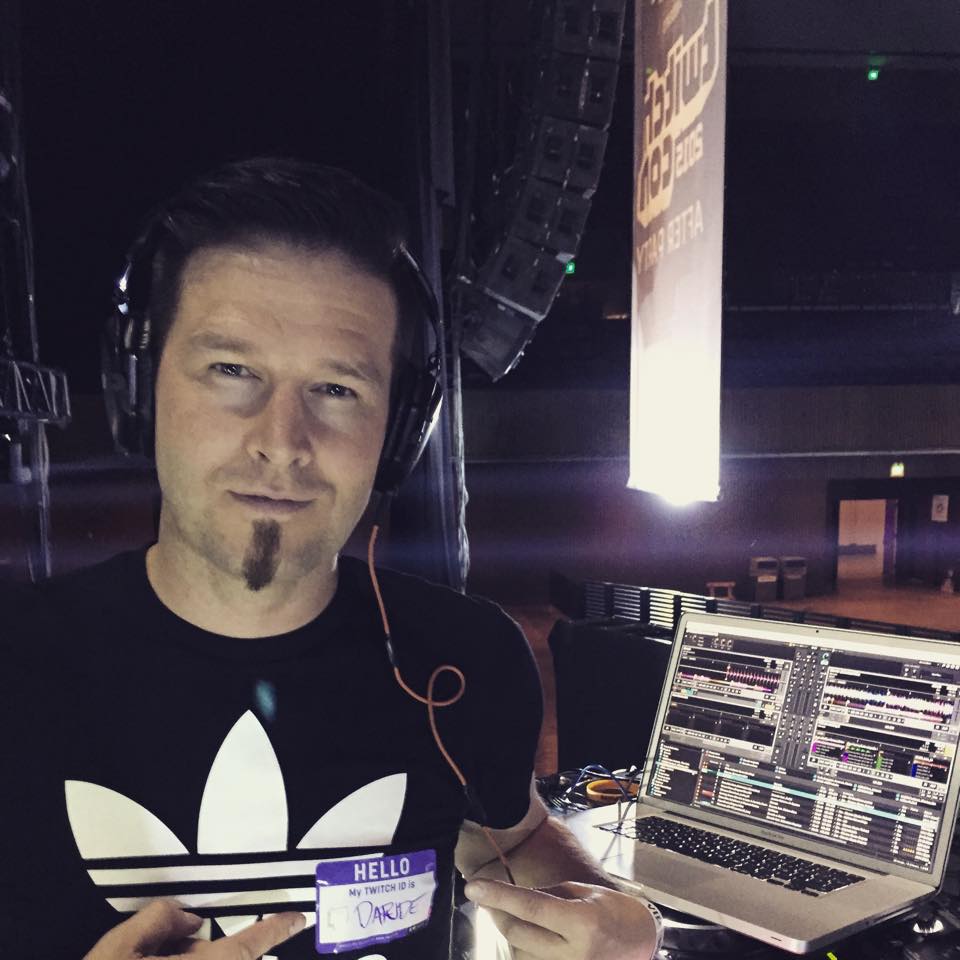 Over the past 15 years, Finnish producer Darude has become a legend. The man that produced the song “Sandstorm” has captivated the entire world with the longest streak of popularity I have ever seen with electronic music.  “Sandstorm” is played at sports games, it was played at your high school prom, and occasionally you will hear it at your best friend’s or sister’s wedding because why not?

Within the past few years, “Sandstorm” has blown up all over the Internet, especially on Twitch.  After a professional League of Legends player, Brian ‘TheOddOne‘ Willie, credited his Quadra-Kill (4 out of 5 deaths against the opposing team) to listening to “Sandstorm” in the background. This struck a now ongoing joke for Twitch streamers, YouTube makers, and meme builders on “Darude – Sandstorm.”

Attending TwitchCon this past weekend, I got to catch up with Darude and he had a lot to say about the past, present, and his booming video game popularity.

Let’s start with the most basic question. Let’s talk about “Sandstorm” and your roller coaster ride of YouTube to Twitch fame. How does it feel to stand the test of time?

I don’t know, really. The other day someone really thought I was serious when they asked if I knew what was going to happen with “Sandstorm” when I made it and I said, on Twitter, ‘Yes it is going exactly how I planned it 16 years ago.’ And, they are like ‘Really?!’ Haha, uh, roller coaster ride is definitely a good way of saying it. I don’t know how I should feel about everything but the bottom line I think is that if somebody comes to my show because they like “Sandstorm” in 2015 or if they heard a joke about it on Twitch or somebody did a little meme… I really don’t care which it is because it gives me a chance to show what I do today.

This has been the question for me my whole career and I still don’t know. If I were to say “Sandstorm” was trance then the pure trance people will kick my ass. I don’t know. I feel like “Sandstorm” was a mix of trancey sounds but a little bit of UK hard house, something like that. But, then again, at the same time I don’t know. My third album that came out was called “Label This!” Because, like, it was as diverse as my “Moments” album now but it still had those trancey elements, it had a punk band that I sampled; it had rock like vocals and distorted guitars. It wasn’t trance, house, techno. It was kind of mixed back. So, I just said ‘Label This!’ Whatever you want.

Your genre today? It kind of seems to jump BPMs.

The BPMs are a little lower on average now than they were a couple years ago. I like to describe it as energetic, melodic, dance floor electronic dance music. That’s not a genre but there is definitely so many things. There is a little bit of dubstep, a little bit of house, a little bit of festival EDM, and a little bit of my old actual trance sound. I just hope people hear it as good music.

Right. And, I was noticing in your new songs that you have integrated your old sound into it. What is the process of doing that?

Well, I think one of the most obvious is “Beautiful Alien.” It is the first single of my album, my new album. The “Beautiful Alien” track was a track that came about like a writing camp and there was another producer, a singer, a writer, and another writer, AI AM, who is now singing on the track… it just sort of happened there. The original song did not have those original “Sandstorm” references in it initially. But, when I started to final producing it I realized that the chord progression is actually quite similar to what “Sandstorm” has. So, I just tried out some sounds as a joke first and then my record company really fell in love with it for obvious reasons, I guess. And, then, I was like ‘Oh I am screwed.’ But there was a fine balance of leaving that stuff in enough and keeping it low key. I didn’t try to rip off my track or anything! I just wanted to have that in there and it turned out that it worked really well, especially because my sort of oldschool fans have been giving me a thumbs up, saying it is amazing, and that it brings back memories.

Well, and, it is your sound. It is distinctly you.

Yeah, when the track drops there is really nothing “Sandstorm” there. It is just an energetic dance record that works on its own. I am really happy about that. It has been working really well.

That is awesome. I was wondering, what are you using to produce now?

I am on Logic Pro on a Mac. I have been using that since 2002, or so. On this album, I have also used Ableton Live on two or three tracks because I have collaborated with people who are Ableton Live users. I have used it around version 1, I don’t know, 10 years ago and this was the first time I have actually produced final tracks in Ableton. It has been an interesting, sort of, learning process because I know how to put my notes and whatever in and all the production stuff: automation, key commands, and actually visually see in Logic is very different than Ableton Live. I think it brought a couple of new angles to making music too. I probably will engage into that weird activity, making songs in Ableton Live, in the future too because I thought ‘that was cool.’

I interviewed a famous streamer yesterday, OMGitsfirefoxx, and she wanted to ask you: How does it feel being so integrated into the Twitch community and video games?

Well, I feel lucky because I am not a gamer; I am not in that world like a lot of people are. And, so this meme thing has turned out to be a really good thing too because gaming and the whole world here at TwitchCon. It is not just gaming, it is pretty much everything—entertainment, this and that, education. And, sort of, having a window to that world and hopefully here in the future creating more sound packs for different games. It is going to be another avenue for me to kind of use my talent, or skills, I am now using but not only on my dance music.

I just read on Google on how you are going to Counter Strikes sound pack. What does that mean?

So, when you buy a computer game and start playing it there is music in the background. Some games don’t have it at all they just have effects. But some have some actual songs or sort of sound beds. And, at one point the gaming companies started realizing that if they opened up the platform a little bit so now you can change the music that is playing in the background while you are playing. The sound packs are exactly that. Now, different games have different things. You can buy a sound pack—like, Darude made menu music or when someone plants a bomb it makes a different kind of sound.

So now people on Twitch won’t have any copyright infringement?

No. When this is in the game it is not the same as when they are streaming and sound is muted since they are playing whatever they want.

You said you don’t play any games at all?

At all is wrong. But, not much. I spend 6 to 12 or 14 hours a day in front of a screen. When I am done with that—I love making music and all but it is a long time [in front of a screen]. I hang out with my family or go play ice hockey. I have nothing against gaming. I don’t want my son, when he is 6 years old, to be influenced by the violence and stuff before he is of age. Other than that, it is a hobby and that is a thing you do as much as I like to play ice hockey. So, I don’t care if someone wants to do their thing gaming.

Do you think there is any correlation between electronic music and video games?

Why do you think that is?

While I don’t play video games I feel that the interface, or graphics, and the techy side of it—you need a computer as a tool or gaming machine to be able to do that. And, the music is sort of movie like then with dance music, or any kind of music, you can affect the vibes and moods of the game so it sort of obviously goes with it. I think for me, the technology point of view is the one.