Kygo’s been killing it for awhile now as one of the pioneers of the tropical house movement which, unsurprisingly, has led to a lot of fandom for the burgeoning young superstar. What the young Norwegian producer probably didn’t expect, however, was that he had some fans in some very high places.

Royal Highnesses Crown Prince Haakon and Crown Princess Mette-Marit of his homeland Norway were recently in New York and they took some time out of their presumably busy schedule to meet up with Norway’s biggest new export, Kygo himself. Sitting down at the General Consulate in New York the three of them took the time to conduct an interview with local Norwegian media.

“We’ve both heard his music and liked it well. We have also heard along with children and they like it too. His music covers a broad spectrum, they say.”

Speaking to his overwhelming success Kygo mentioned that he was overwhelmed by press requests and the media, but he did say this about future work.

“It is strange to see that many of these dreams have come true. Now, I don’t quite know what new dreams I have. But I’m working on an album and cannot wait to get it done. I don’t know when it will come, but it’s coming.”

Hopefully we, and the Norwegian royal family as well, won’t have to wait long for Kygo’s upcoming album but until then we can stream his latest work – a live cover of Taylor Swift with Ella Henderson here! 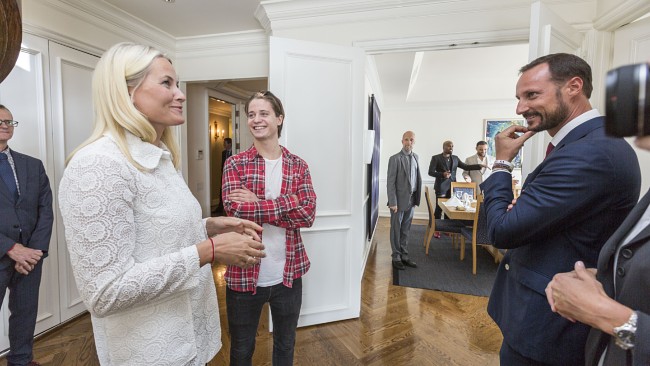