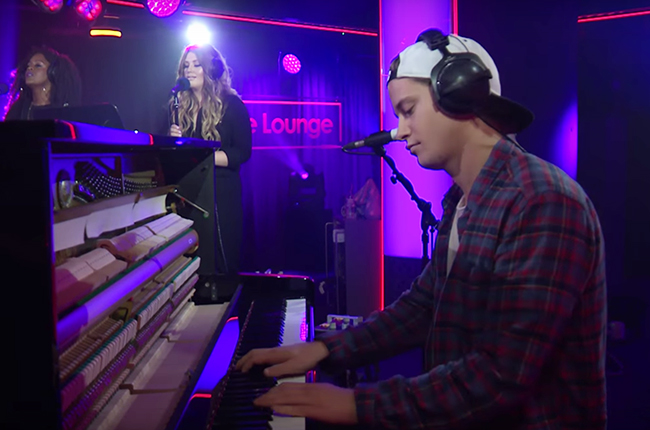 The Live Lounge for BBC Radio 1 has recently been receiving a massive amount of praise for its outside thinking and promotion of cross-genre performances from an incredibly diverse array of artists.

The latest offering comes from Kygo and Ella Henderson, who collaborated on the former’s track “Here For You,” as they cover Taylor Swift’s “Wildest Dreams.” Both artists are at their peak, as Kygo once again proves his mettle behind the ebony and ivory, and Henderson croons above Taylor Swift’s lyrics.

The minimal performance, featuring a modest drum set and a single backup singer for harmonies, is proof as to why Kygo is among the growing trend of EDM producers actually worthy of saying that they’re outside of the EDM “box.”