As many of you know, festival season is an extremely subjective time period. It arguably begins with Coachella in April and ends sometime in the months of September/October. Festivals outside that range abound, what with Halloween, Valentine’s Day, March Madness, New Year’s, and Thursdays, but the wonder of “festival season” is the type of people it brings out – generally young adults in school who can’t make time the rest of the year. That attraction is reflected in the festivals that choose to operate during festival season, as they’re always quite big and lofty.

I recently returned from a 5-day trip to the wonderful city of Austin, TX where the annual Austin City Limits festival is held at Zilker Park. Coming from Los Angeles, my first impression of Austin was the price of everything – it’s damn cheap, and I loved it. But the second thing was the friendliness. Austin is one of the more liberal and younger cities in Texas, and it shows in its people and how they treat others. My first destination after landing at Bergstrom International Airport was to pick up my festival wristband from will call. It was an easy trip, and an even easier interaction with the helpful festival staff who were kind enough to give us a ride on a golf cart to and from our car. No reason, just because they were there and were feeling generous. This theme continued throughout my stay, and I loved every second of it.

Now, before I even got to Austin City Limits on Friday, I stopped by Vulcan on 6th Street for the very first stop on Zeds Dead‘s “2 Night Stand Tour.” The show wasn’t part of ACL’s official afterparty series, but all the same, it reflected Austin’s bona fide nature as the Live Music Capital of the world. Aryay provided opening duties, but try as he might, the heroes of the night were on everyone’s mind. Zeds Dead played an electrifying two-hour set that ranged from electro to drum & bass to dubstep and included more than one track from their album coming out next year. (And yes, Omar Linx will be on it.) 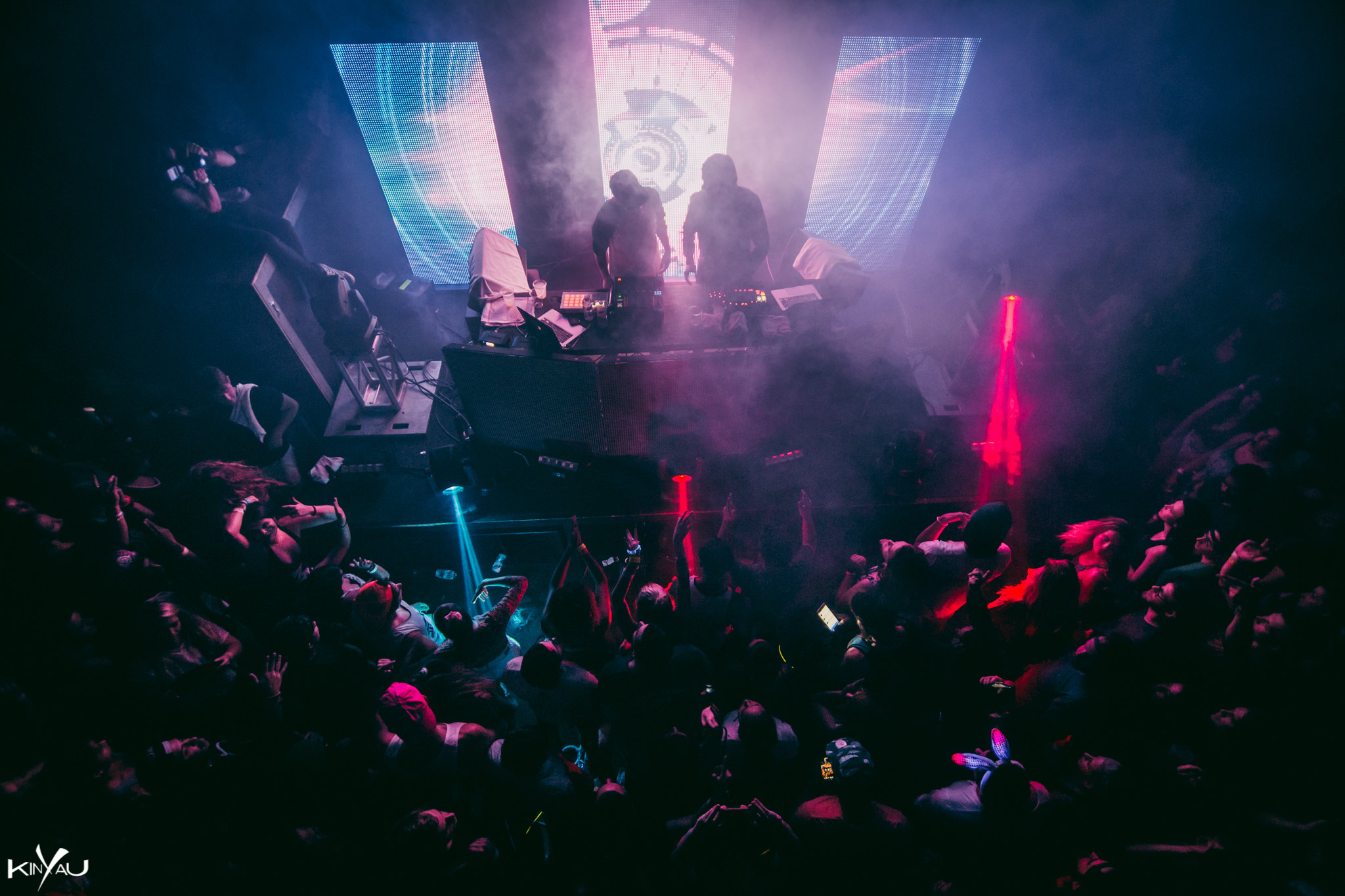 And finally, Day 1 of ACL was upon me. I took a $15 Uber from my friend’s north-ish Austin home and arrived at 4th/Guadalupe where ACL provided a free shuttle service for attendees. I would use this service every day of the festival, and I can only begin to estimate the savings. Thank you, Austin City Limits.

After the brief ride to the festival grounds, and a brisk walk to the entrance, I was inside. First, let me say that security at the festival was phenomenal: police and security officers were present, but not aggressive. They were there to react to any bad events, rather than act preemptively, and I think a lot of attendees appreciated that. Speaking of attendees, it was an all-ages and family friendly festival, and I’ll get to the implications of that in a bit.

The festival grounds were very reminiscent of Coachella, without a lot of the fanfare. There was grass, short and neat, and not muddy anywhere. There weren’t really any art installations, and most of the square footage of the grounds was taken up by either stages, food vendors, or merch booths – not counting foot traffic. The center of the festival was the most open area by far, and many attendees took advantage of this to throw a football or frisbee around with their friends or kids when others weren’t walking in the way. The rest of the festival, especially the areas around the stages, suffered from some logistical errors that I can’t really think of a solution to, other than to have less people. The major issue that contributed to difficult transit from stage to stage was the allowed use of lawn chairs and sitting areas for families. This caused a considerable amount of traffic buildup in the audience area, and those walking/standing often found themselves navigating treacherous terrain between those sitting and lying. Still, once you got close enough to a stage, there were “No Chair Zones” that helped.

The food vendors’ area was another place that was a little difficult to navigate for a completely unavoidable reason: people love food. And at Austin City Limits, it was absurdly affordable. Remember before when I said that Austin was cheap, and that it was similar to Coachella? This is where that similarity begins to unravel. Among all the food items and vendors, I can estimate only 5% of items sold cost more than $10, and if it was priced at that level, what you received was worth the price. The cheapest food that I purchased was a serving of Parmesan-parsley French Fries that were priced at a very reasonable $4 – and they were delicious. The alcohol variety was also quite refreshing, without breaking your wallet. Even better, they carried my favorite hard cider, Crispin, and I found myself drinking it all weekend. (Responsibly.)

The organization and placement of the stages was probably the most jarring thing for me. At most festivals that I go to, I’m used to music at all times at all locations (barring brief intermissions where an artist had to set up instruments and whatnot). However at ACL, the proximity of stages to one another, the amount of stages (seven), and the amount of artists created an interesting solution from promoters C3. The stage performers were staggered, with stages facing each other or in close proximity switching off so that sound bleed didn’t occur.

For quick instance, while the Miller Lite stage was going off, the Honda stage remained silent. The same applied to the Samsung and Homeaway stages. The rest of the stages were offered a bit more leniency, as they were not as loud nor directly faced another stage. 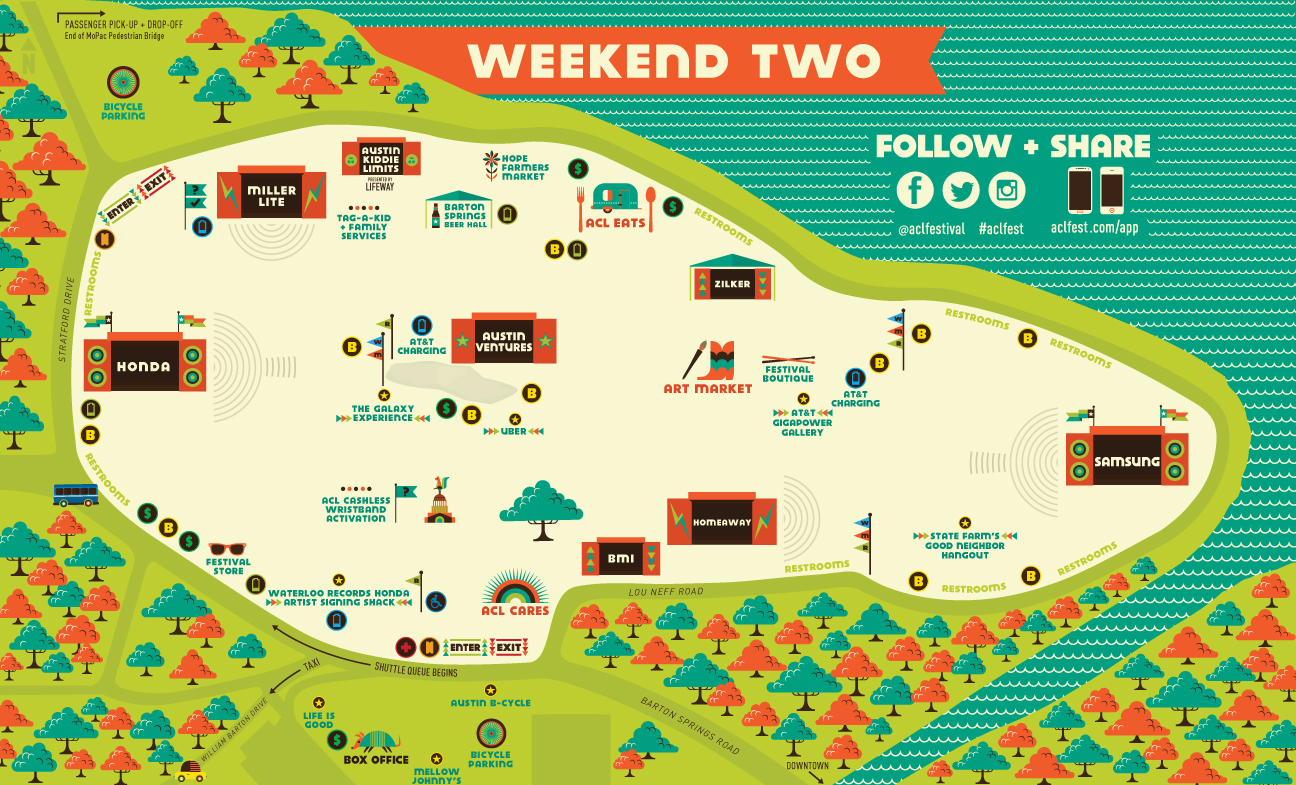 Now that we’ve talked about logistics, let’s talk about performances. Head over to Page 2 to read about my experiences seeing Foo Fighters, Nero, Flosstradamus, Brandon Flowers, and more.