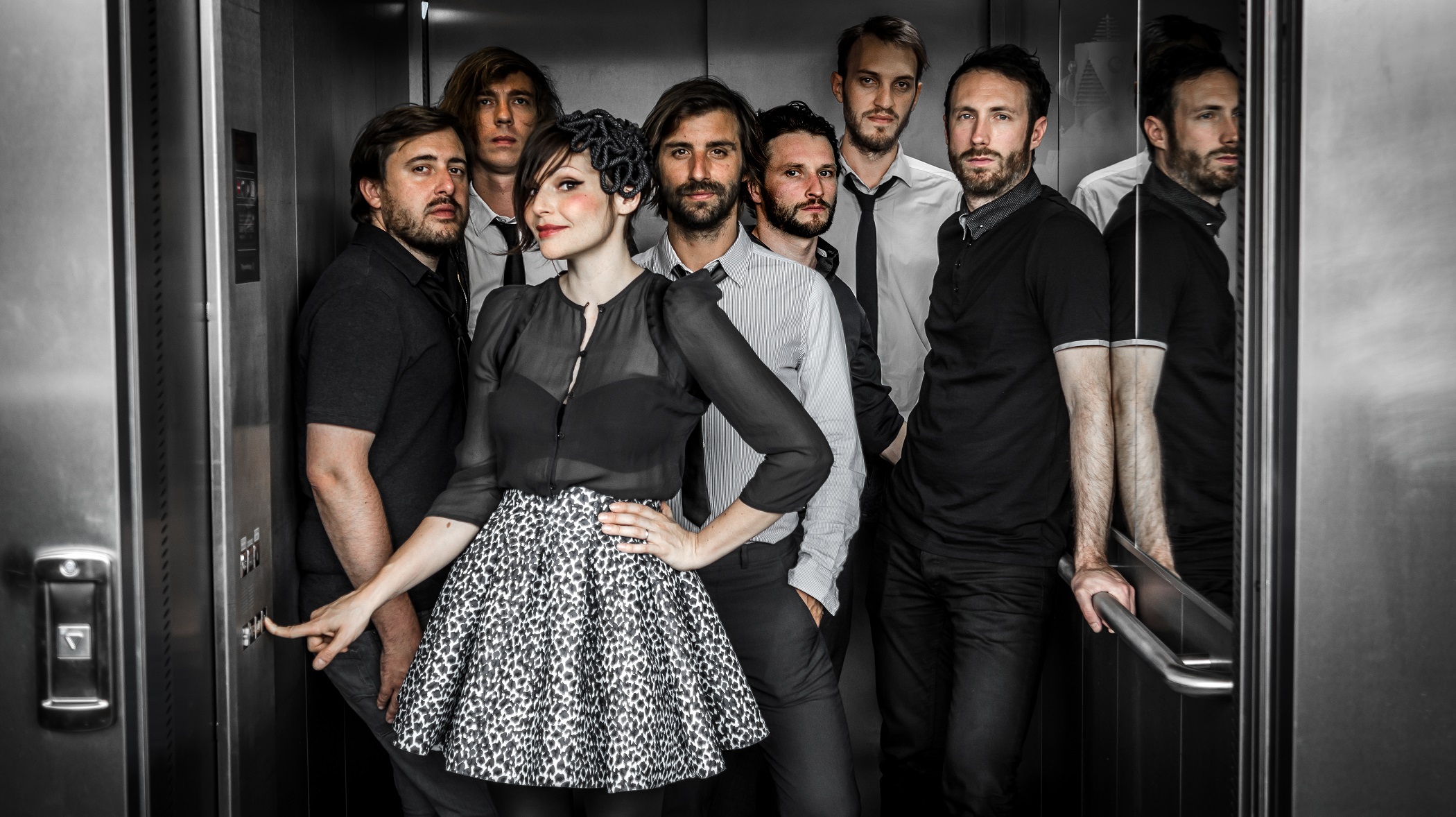 Though you might not know their name, Caravan Palace has one of the most unique sounds in all of electronic music. They produce electroswing.

It’s disingenuous to place this 7-piece band into such a tight pigeonhole, however, their presence stateside – or lack thereof – has left many fans to categorize them solely by their musical sound from their first two albums. The group is French, and while outfits like Ed Banger Records have grown a considerable following worldwide, groups like Caravan Palace rarely get as much publicity internationally. Consequentially, the group has had a tough time telling their story.

Their first self-titled album and follow-up Panic were heavily influenced by this electroswing category, though the French ensemble has tried to branch out for their third record, the oddly titled < I°_°I >, stylized as Robot.

Robot attempts to break free of the shackles of their first two albums, carrying a more subdued and fluid rhythm and flow. The first track, “Lone Digger,” is my favorite on the album. Unfortunately, it sets a tone that is difficult for the rest of the album to keep up with. Its faster pace and true swing style are at odds with the rest of the album, and the subsequent tracks all feel like they’ve gone downhill. It’s a stylistic error at best in the tracklisting, but it rather detrimentally affects the rest of the album.

From the second track “Comics” on, Robot adopts somewhat of a lukewarm energy, never really bubbling above a simmer. If you’re looking for energy, “Wonderland” and “Tattoos” can fill that void. Trumpets, upbeat percussion, and vivacious piano melodies rock the house and keep the feet moving. But paired against songs like “Aftermath” and “Human Leather Shoes For Crocodile Dandies” which feel more like molasses, their appeal is quickly lost.

Many of these tracks, most of them in fact, are fantastically enjoyable and wonderful to lose yourself in. The lowest point comes in calling this collection of music an album, since it so fiercely works against itself at every turn.

The album capitalizes on Caravan Palace’s characteristic gramophone filters and nostalgic 1920s-era big beat vibes, and it does it well. For introductory listeners, it might be a fantastic album. Regrettably, as someone who has been a fan of theirs since Caravan Palace, I find this attempt underwhelming.

Just after the album’s release, I was able to ask Arnaud Vial (guitar) a few questions.

Caravan Palace is sort of seen as the ambassador for electroswing in the US. Do you see that as a responsibility, or pressure, to keep the quality up?

We don’t really feel part of a movement as we don’t hang out or share the stage with many other electro-swing acts. We just happen to have this culture and background. But as you can tell in the new album, we tried to include a wider range of influences. Because it’s hard to keep the quality up doing the same thing over and over again. It’s also boring for everyone.

How has using classical instruments been a challenge in musical production?

We were all instrumentalists before we started producing electronic music so it’s quite natural to us. The challenge is to find the right balance between electronic and acoustic in the mix.

People talk about PLUR (peace love unity respect) in EDM, but the crowd at your show the one time I saw you guys perform was the nicest/best crowd I’ve ever seen. Do you think this owes to the music or the people it attracts?

Thanks! It’s not something we can control really, but it seems our music is attracting people from different ages and communities, lots of very good dancers too. I guess that’s the right reciepe for a good party! We also get a lot of frustration from the youngsters who can’t make it to our US shows due to 21+ policy in some venues. Let them in!

Your tours in the US are rare, but you have a considerable fan base over here. When can we expect to see you next?

Yes we will be back next year for more North American fun! We’re all looking forward to it as we’ve played some of our best shows there! Can’t give any details right now though, so stay tuned!