Carnage has been on a rampage of sorts, and no, I couldn’t think of any other way to describe his recent antics. After posting a lackluster (to be kind) 808 tutorial via Razer‘s new initiative, Razer Music, internet sleuths quickly revealed that Papi Gordo was making use of cracked software via the plugin Sylenth.

But here’s where it gets interesting… A fan tweeted at the trap DJ/producer questioning his use of the cracked software instead of buying it himself. For someone who spends his free time hanging out in Ibiza at some of the nicest resorts in the world, it doesn’t seem like an extravagant expense for the legitimate software at only $155. Yet, Carnage willfully admits that he does indeed make use of the software crack, responding with

“lmaooo wtf why does it matter?”

An action, I am sure, he quickly regretted. Lennar Digital, the software company behind Sylenth, quickly responded, happy to make this a legitimate issue. And, well… check it out below. 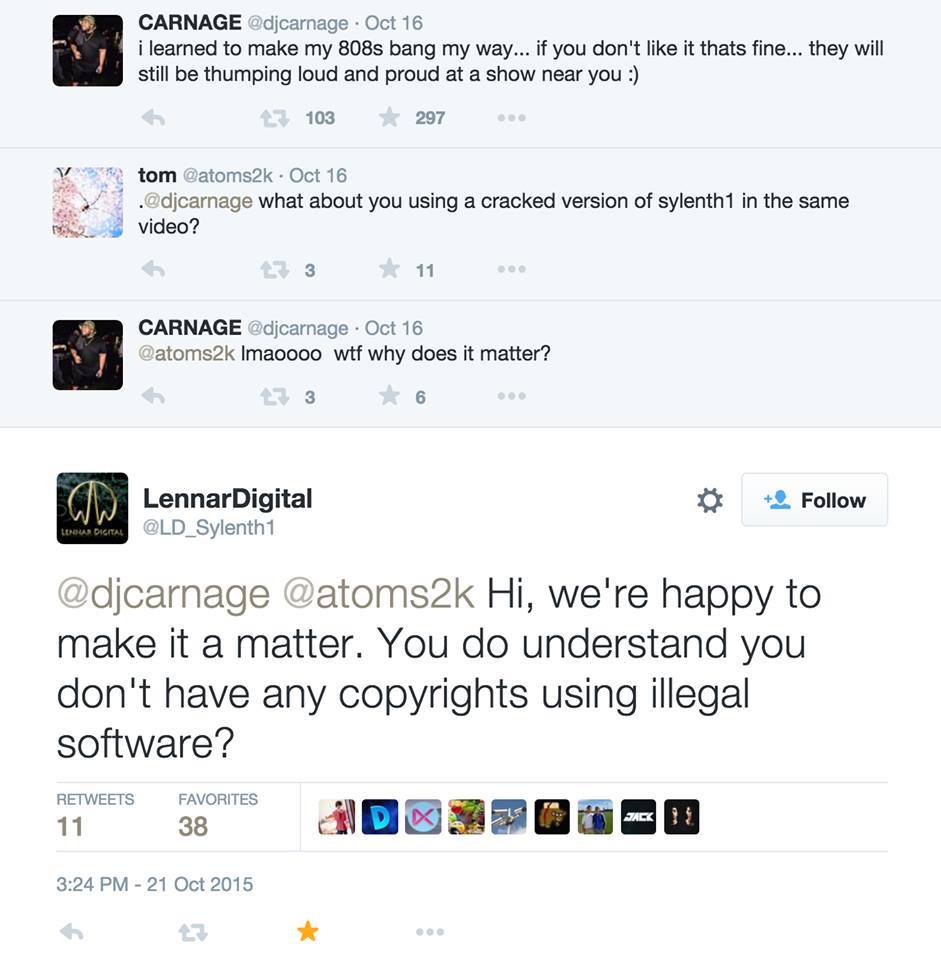 But, it only gets better from here. The FPIA, aka the ‘Fake Producers Intelligence Agency,’ which is devoted to debunking producers who use ghosts or steal from others, continued the twitter-storm by further discussing how Carnage could potentially lose the copyrights to his music from using the cracked software. Carnage, who clearly can’t hold his tongue, responded to them as well.

What’s most interesting about this response is that Carnage effectively stood against the Razer Music campaign. By claiming that the computer isn’t his (something which I’m sure Razer would not like to hear), he is essentially pointing the finger at Razer for providing the cracked software as opposed to purchasing it through legal and moral routes. We’ll just have to wait and see if the prolific tech company comes out with a statement regarding this matter – but boy, do I hope they do!