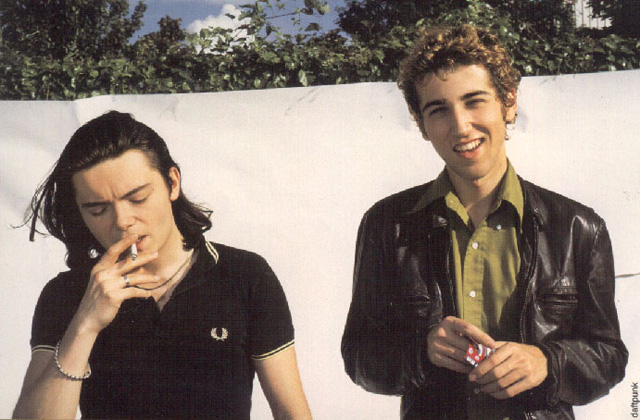 As hard as it might be to believe, Daft Punk were once just two guys in France trying to figure out what this whole music thing was all about. Back in the early ’90s, the house scene in the midwest was booming and commercialization of the culture hadn’t even been thought of.

Most of our readers won’t know the name DJ Terry Mullan, but this was the man that introduced Daft Punk to the US. Back in 1995 when he released his New School Fusion Vol 2 mixtape, Daft Punk had just finished the single from Homework, “Da Funk.” The instantly recognizable synths and rhythm were the perfect closing to Mullan’s mixtape, and – since people didn’t have unfettered access to the internet back then – it became sort of known as “That Terry Mullan song.”

“Da Funk” starts at 34:00, but you’ll want to listen to the whole thing. The build is the best part.

It was the period on a mixtape that sort of defined midwest house music at the time – and keep in mind, this mixtape was dropped several months before Daft Punk’s first appearance in the US at Further in 1996.