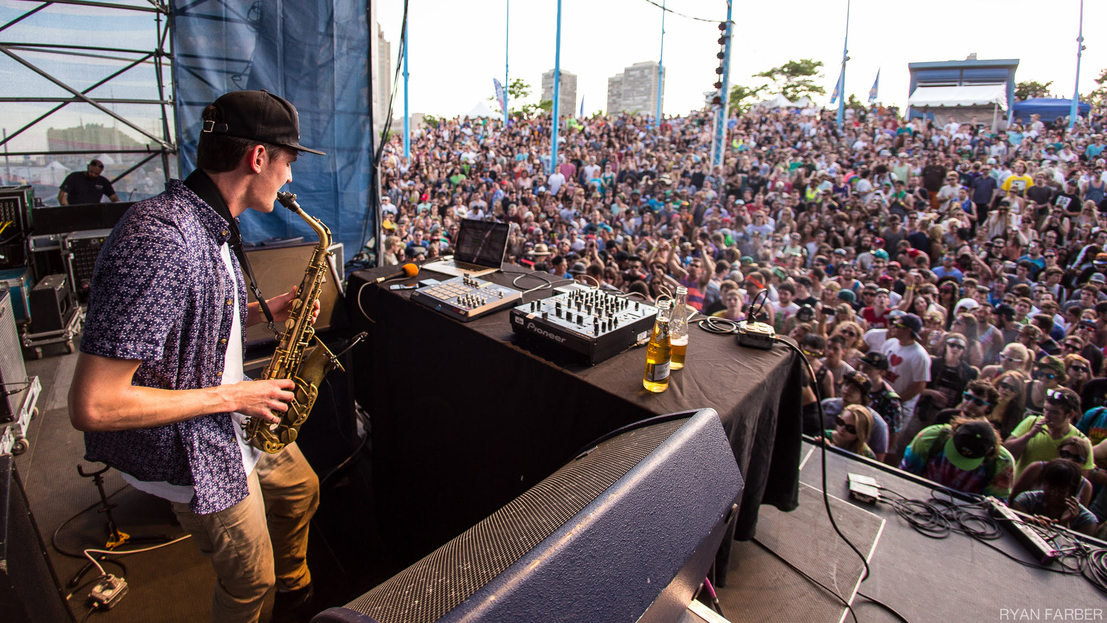 Halloween is upon us, and with it come several exciting announcements to turn your weekend up a notch!

First, we have officially begun a giveaway for Chicago’s Freaky Deaky festival and after party with GRiZ and Tokimonsta. Following Tchami’s car accident and subsequent tour hiatus, GRiZ has stepped in to fill his spot this Friday night with a complete DJ set after the day of festival. One lucky winner will receive a pair of Freaky Deaky tickets in addition to two passes for the after party. This is one prize you won’t want to pass up. Enter below to win!

Next, in the spirit of GRiZ’s heroic and last minute replacement, we’d like to officially premiere an incredible and instant-classic remix of his track “Stop Trippin'” by none other than NGHTMRE.

The initial build is characterized by abrasive vocal loops and swirling percussion, leading into a complex and ever-changing amalgam of different synth stabs, tom strikes and resounding growls. The second drop brings GRiZ’s saxophone into the forefront of the mix, with a deadly and satisfying loop above a dynamic sub and simple rhythm. The track is currently up for free download here.