Apple Music‘s three-month free trial period has officially ended, and with it non-subscribers’ full access to voice activated AI Siri. Many iPhone users have now found themselves unable to get an answer from Siri about music chart-related questions. Pandora‘s co-creator Tom Conrad even took to Twitter to voice his frustration at the feature’s new change of heart.

I guess Siri won’t talk to you about music unless you pay her boss? pic.twitter.com/b6Xwcf3EYR

As of now, it’s been reported that Apple Music subscribers receive the same web page linked answer as they would have before the trial ended. However, even though I am not a subscriber, my Siri still works fine. This leads us to believe that the error might be a temporary bug in the system, or that perhaps not all iPhones have been equipped with the new restrictions yet. 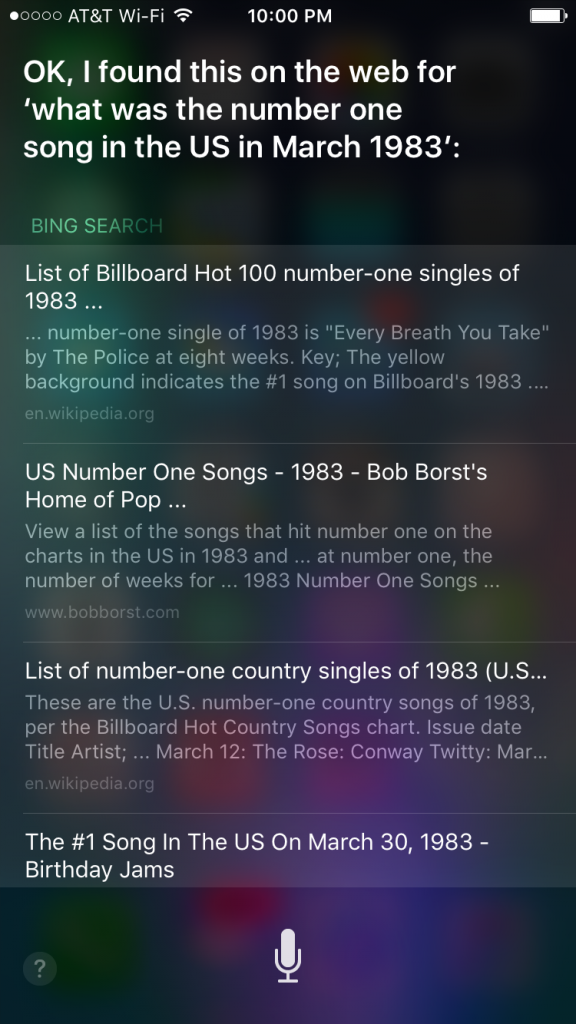 According to NBC News, non-subscribers that phrase the question in a slightly different way have the ability to bypass the restriction. Try asking, “what was the number one song in 2000?”