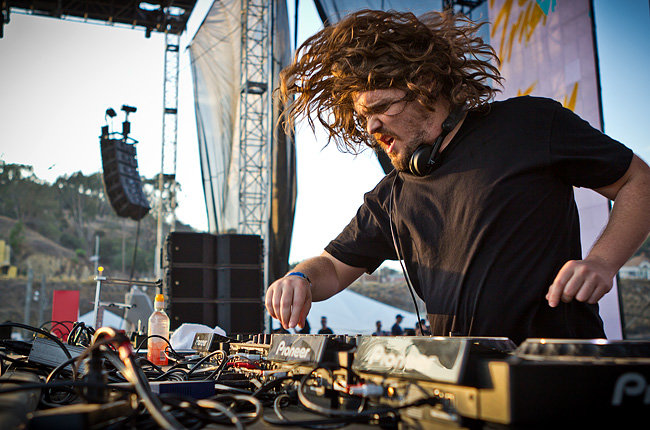 Earlier in the year Tommy Trash took the stage to headline BeachGlow Music Festival 2015 in Atlantic City. As a charity concert all of the proceeds from BeachGlow go towards Little Kids Rock, a nonprofit organization providing free music instruction and instruments to under-served public school districts across the United States – to date it’s served over 400,000 children across the US.

Unfortunately due to weather concerns, which seems to have plagued a large number of festivals through summer 2015, BeachGlow was cut short but that didn’t stop Tommy Trash from contributing directly to the cause out of his pocket. Describing the festival as an exciting one to take part in, “because of its charitable goal of producing a music festival to raise money for worthy causes”, Tommy Trash was more than happy to donate $30,000 straight to Little Kids Rock targeting the school districts around Atlantic City and nearby Philadelphia. The money will be donated through Tommy’s entertainment imprint Trashed Music Inc. in conjunction with BeachGlow: Concerts For Charity as a sort of tag-team effort between both parties.

“Wind, rain, and hail forced an evacuation, but my collaboration with BeachGlow means we’re bringing a sunny day to Little Kids Rock.”

Over the past four years since its creation BeachGlow: Concerts For Charity, led by 20(!!!) year old founder Dave Kunkel, has contributed to a large number of nonprofit organizations including Harmony Ministries in Haiti, Breast Cancer Research Foundation, and the American Red Cross.

Describing Tommy as a “class act”, Dave had more words of gratitude to share regarding the Australian DJs philantrophic efforts.

“Trashed Music, Little Kids Rock, and BeachGlow all believe in the significant role music plays as a universal language in the lives of young people, and I’m thrilled we all have the common goal of making it available to every public school student.”