Posted around the festival at key points were MDMA warnings, alerting attendees to “extremely dangerous” MDMA, though no markers or identifiers are listed. The flyers seem a bit more geared toward fear than knowledge, however, with no actual useful information other than “don’t take MDMA.”

A more helpful solution, a more realistic one, and one that we’ve talked about often, are harm reduction services at the festival with a safe area to test your drugs and the option to throw them away without further action being taken against you.

Still, even the mention of MDMA in a noticeable fashion is a step up from previous years when it was a far more hush hush, nearly taboo, subject. 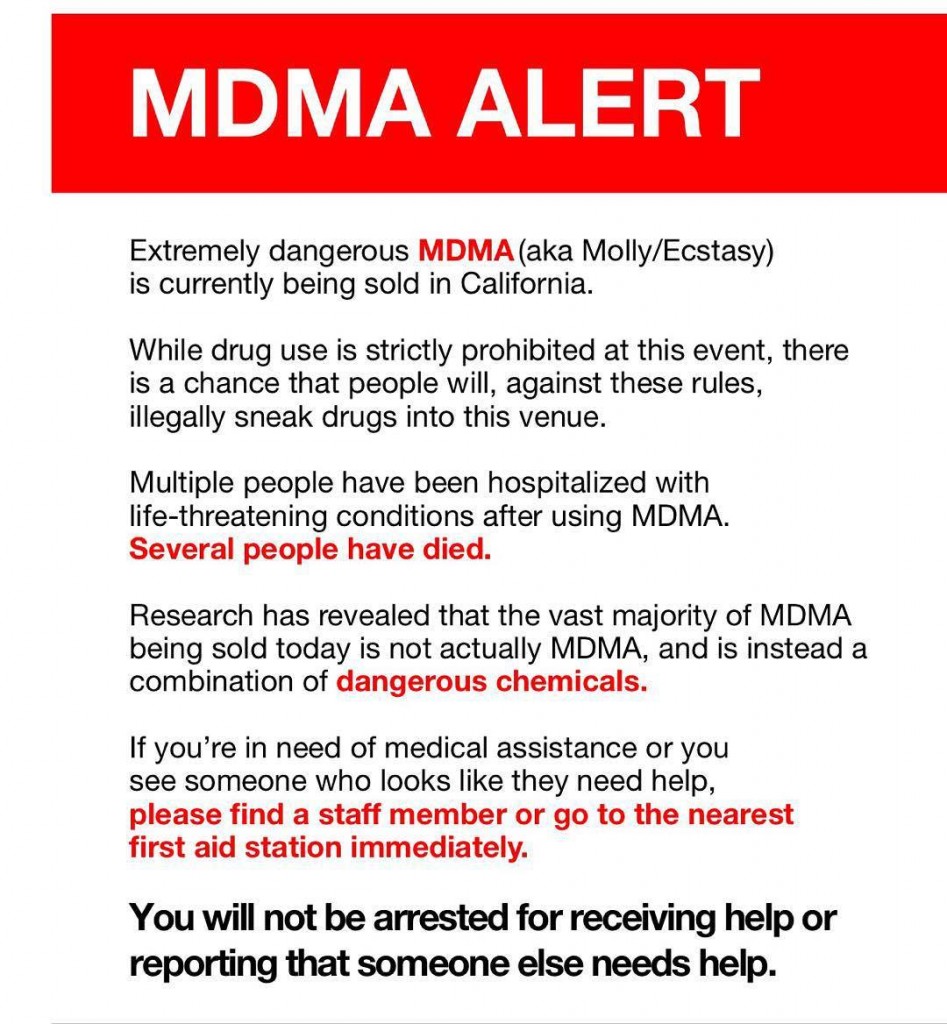