What is in the air this Halloween?! I’ll tell you what is is… pure, unadulterated animosity. For tonight’s possibly intoxicated antics, Skrillex, the man who has converted from patron saint of the underground to Justin Bieber‘s new best friend and pop producer icon, finally called the notorious deadmau5 out on his bullsh*t.

These tweets will likely vanish come morning when the PR agents find out what’s going on, so we’ve taken screenshots aplenty for your viewing pleasure. It seems that Sonny Moore has finally grown tired of Joel Zimmerman’s infamous trolls and has spoken up against him following his show in NYC this Halloween of 2015. This comes despite the fact that one of Skrill’s most prolific projects, Scary Monsters & Nice Sprites, was brought to light by none of than the mau5 himself and his oft-criticized label, mau5trap.

In brief: Skrillex strikes out with harsh quips – from personal shots like “I feel sorry [for] the artists you’ve signed” to brutal condemnations like “good night you sad old washed up asshole” – it’s evident that he was feeling some type of way tonight. Deadmau5, in response, keeps his composure and maintains his heavy handed sarcastic ‘I don’t care’ attitude throughout the whole exchange. Check it out for yourself in full below and stay tuned for updates coming after the jump. 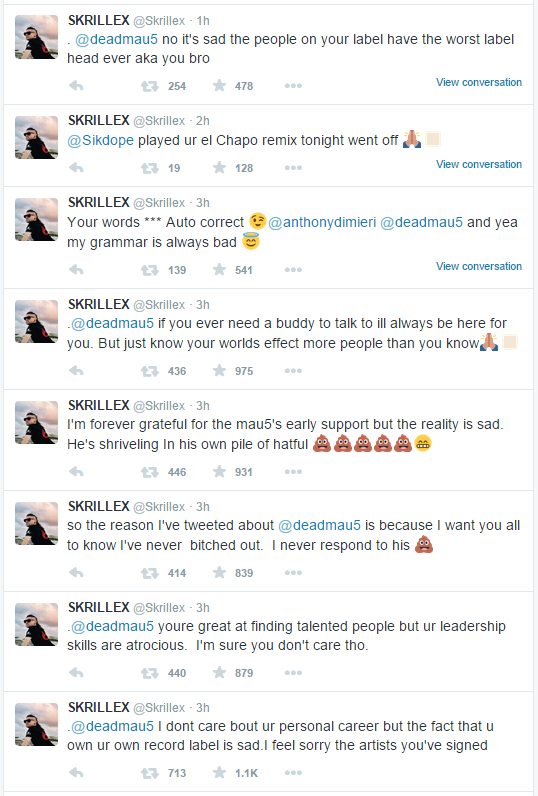 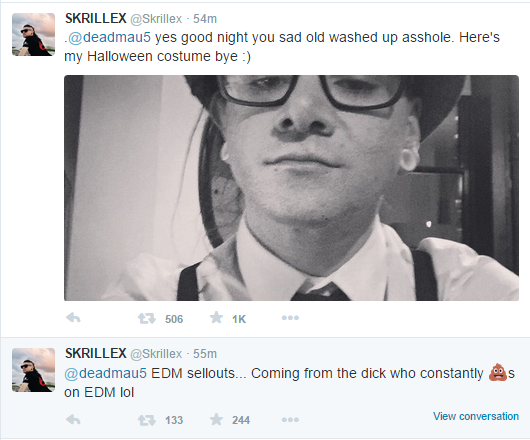 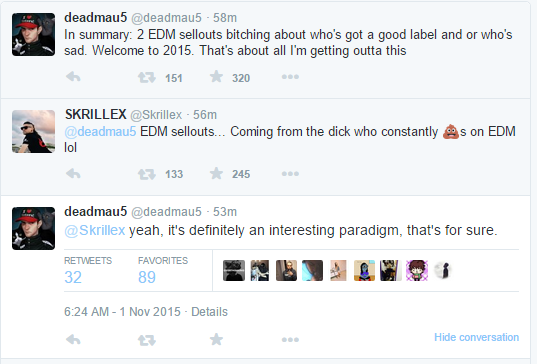 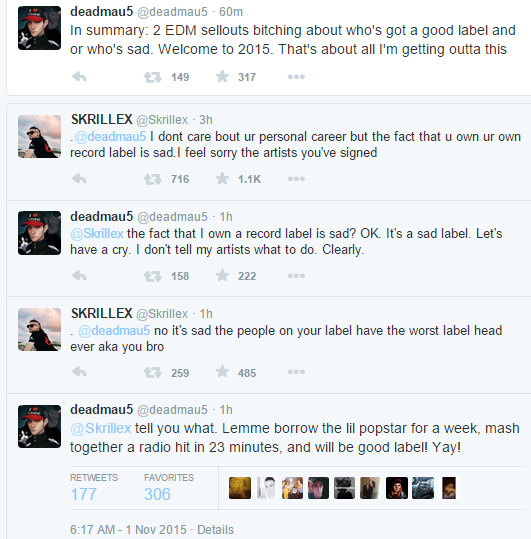 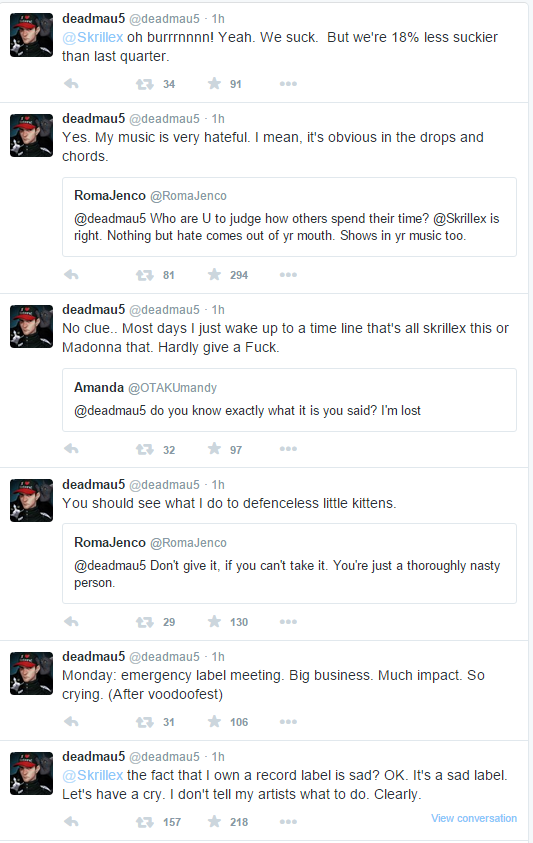 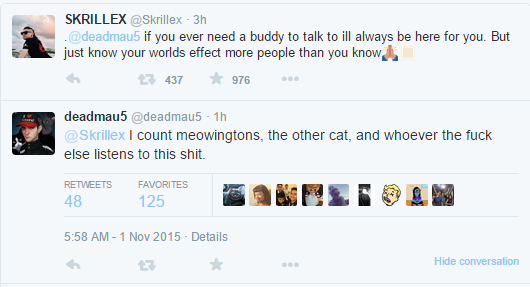