It’s Halloween, which means the weird and the wacky are out to play, and for what is undoubtedly the most hilarious news of this October 31st, someone has vandalized a David Guetta billboard in the most hilariously epic way possible.

As you can see in the picture below, the vandal affixed a giant veinous shlong to the notorious DJs head, truly completing the image of the Frenchman as a huge dick-head. From his racist marketing campaigns to his viral zone-out at Tomorrowland, all we have to say is: nobody in EDM is more deserving of this spectacular troll.

Enjoy the lulz. UPDATE: We learned this picture is actually from July, but still think it’s hilarious. 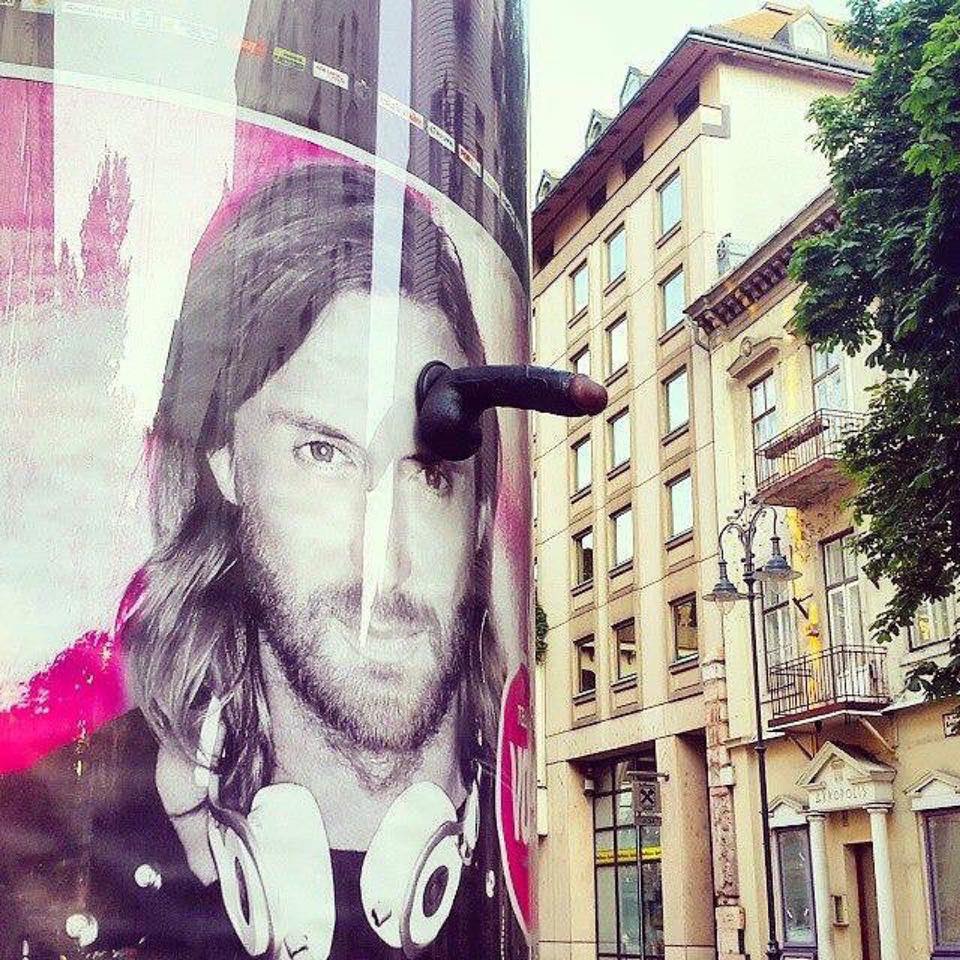