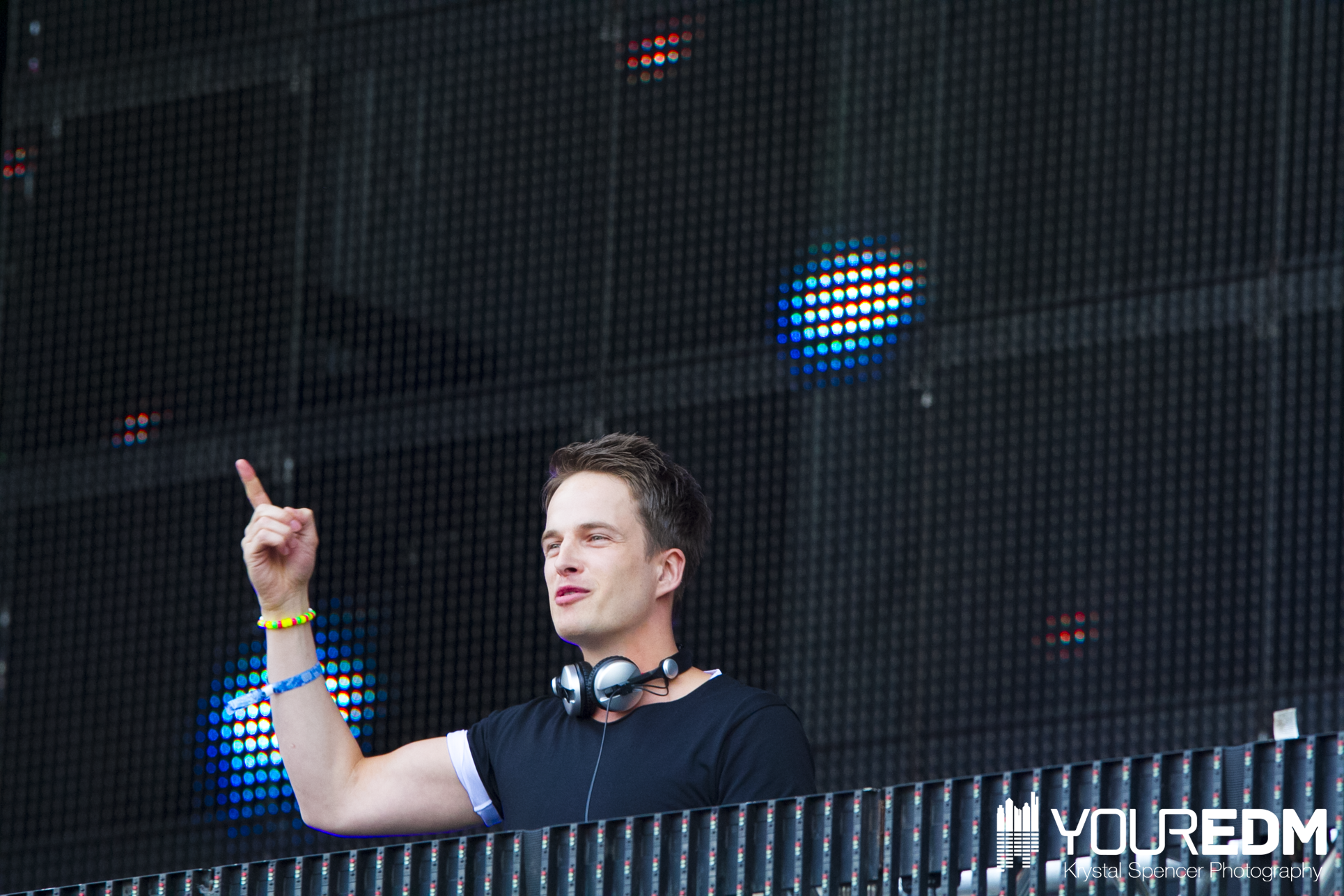 I got the chance to sit down with Dannic this past weekend at Escape: Psycho Circus.  It’s been a busy year for the Dutch producer.  From a barrage of new hit tracks to appearances at EDC, Tomorrowland, and Creamfields, it’s been a banner year for Daan Romers.   He and I chatted about a few topics including highlights from this year’s Amsterdam Dance Event, his different production styles, his excitement for his new Fonk Recordings label, and of course, Halloween.  Here’s what the Fonk master had to say.

This is the start of your North American tour, as well.  Tell me what you enjoy when you come over to the States, and California in particular, and how’s it different from when you’re touring back home in Europe?

“I love America.  I love the States, it’s always a warm welcome.  I’ve been coming here since 2012 and I was blown away by it.  Of course, we all watch a lot of American movies, and this is like you’re in a movie.  I’m living the rockstar life, almost, and it’s just amazing.  Especially California, back home it’s rainy and freezing cold, here, finally some sun.  It took me 17 hours to get here, but it’s all worth it.  I love it here.”

You just unveiled Fonk Recordings, tell me a little bit about some of the challenges and what are you hoping to accomplish with your own record label?

“I was always helping young talents in the background already, but I never had a platform for them.  And of course, I have my own sound, and I want to distinguish myself more from the other guys, especially on Revealed.  I’m still going to release on Revealed, I’m not signed to anything.  But, now I have my own shop, my own platform, and I think I’m filling up the gap in between like big room house and like, the more housey stuff, like future house, deep house.  It’s still big room, but it has to be groovy, funky, the sound that you can play in the clubs, that’s where I’m aiming for.”

ADE just happened a little bit ago, I’m sure you were very busy with that.  What were some of the highlights of it for you, tell me what was special about this year?

“The rain, it was raining like crazy the whole weekend.  No, definitely launching my own label, that was the highlight for me.  I was really excited to see how people would react to it, and I got so much amazing feedback.  We actually did a demo drop right where the conference was, a lot of young talents running around and walking around.  I just sat down there with a special van that I had and a couch, and I just listened to all those demos.  That was actually really cool to do, because I could give them instant feedback.  We actually have one track that we signed based on an ADE demo drop.”

When you’re listening to those demos what are you looking for to stand out, to be different from the other tracks that are out there?

“Obviously, there’s a lot of music that is similar to what’s there already.  I’m looking for that groovy sound, that big room sound, and it surprises me.  There’s no recipe for a good song, I instantly know what I want to hear, but sometimes people actually surprise me.  They come up with things, and I’m like, holy shit, how did you do that?  That’s the kind of track that I’m looking for.”

You’ve had a ton of amazing collabs lately, Sick Individuals, Tom & Jame, of course Hardwell.  Do you take a different approach producing when you’re in the studio with someone else versus when it’s just yourself? Or is it all the same approach?

“No. For me a collaboration, it’s really important that we really connect with each other.  It has to be the perfect mix between my sound and their sound.  Obviously for Hardwell and me, we’ve come a long way, like 10 years already.  For Tom & Jame, I’ve been helping those guys for four years now, and now they’re really starting to get there.  I actually asked them to do a collaboration because I thought it was good for their profile.  We sat down in the studio and started from scratch, and that’s the best thing, because sometimes nothing happens.  But, with those guys, and same with Sick Individuals, that it really clicks, there’s always that chemistry that’s in the studio with them.  For me, working on solo tracks, I’m a perfectionist.  I have like four or five tracks that I’m working on, still not playing live, I just want to make it 100% perfect before I release it.  It takes time.”

You’ve been a DJ for a super long time, but it’s only been in the past couple of years that you’ve been getting known internationally on the festival circuit.  What’s it been like going from being a local club DJ to like an international superstar?

“I actually never thought I was going to be an international, well known superstar.  I’m still a DJ.  The only thing that’s changed is I’m doing this now for my job, but I don’t see it as my job.  I see it as my hobby, it’s my passion, I love what I do.  It sounds super corny, but it’s true, I do it because I love it.  It just kind of got a little out of hand. I had to quit my job, actually my parents convinced me to just go for it.  They were like we never had the chance to follow our dreams, our passions, just go for it, see where you can go.  You can always go back, you know, I have my bachelor’s, I finished school, all that stuff.  But, still, it’s a giant leap.”

It’s Halloween here in the United States, how do you guys celebrate Halloween in the Netherlands?

“Actually, we celebrate something else in Holland, it’s called Carnival, and we dress up.  Like, it doesn’t matter, you can dress up like a chair, or a comedy figure, or a cartoon.  We don’t have the trick-or-treat thing, but it’s starting to get there.  Actually, the supermarkets are starting to do something with it, they’re selling Halloween beers and stuff.  It’s getting there.  I think it’s really cool, because we all saw it in the movies back in the day, Trick-or-treat!  And now it’s finally coming to Europe.”

Make sure to check out Dannic on the rest of his North American tour dates, he’ll be playing club dates in Vegas, Cincinnati, and Canada, as well as the festival stage at EDC Orlando, before heading back across the Atlantic to wrap up the year.  Look for more of those demos to get premiered on Dannic’s Front of House radio show, as well.

If you weren’t able to make it out to the NOS Events Center, check out this clip of Dannic’s spine-tingling performance in the Ghoul’s Graveyard.