Music critics and fans spend each summer dubbing a particular song the unofficial “song of the summer.” Sometimes a few songs emerge as contenders, but this year one hit track shadowed over its competition; “Lean On” by Major Lazer and  DJ Snake featuring MØ quickly became one of EDM’s biggest crossover hits, scaling the Billboard charts and amassing 763 million views and counting on its music video upload on Youtube. Just as it seemed the track’s success peaked, “Lean On” scores a music-defining accomplishment.

Spotify revealed “Lean On” became the streaming service’s most streamed song of all time, with the track accruing over 526 million plays across the globe. The record was previously held by “Thinking Out Loud” by Ed Sheeran. While Major Lazer and DJ Snake were both A-listers in the EDM world before this collaboration, this landmark signals a new chapter for both producers. MØ, only recently an up-and-coming vocalist, also joins the big leagues among pop songstresses with this achievement.

Take a look at the art announcing “Lean On” as Spotify’s most streamed song of all time below: 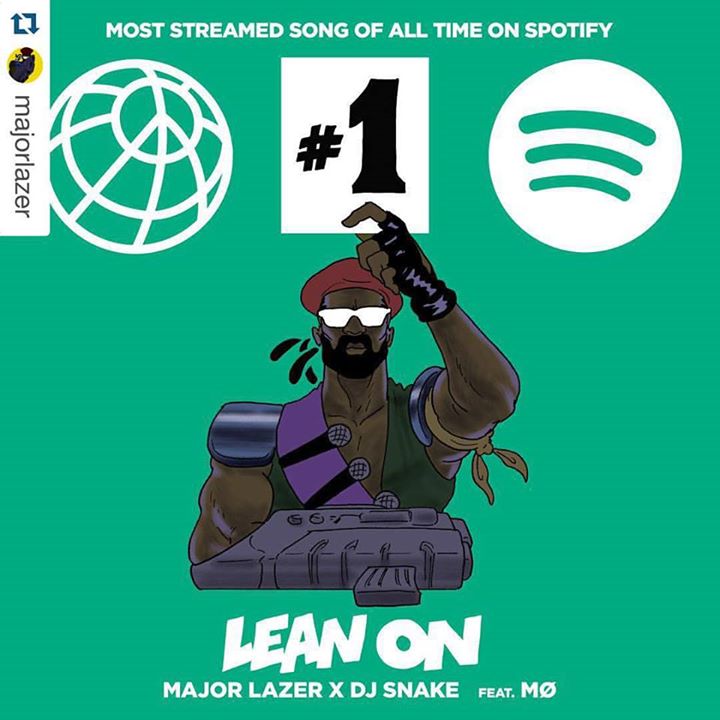