In no way do Lido’s actions excuse him from Soundcloud’s wrath, but at a certain point, we have to ask… what good does it do?

Lido discovered on Thursday, as he attempted to log into his Soundcloud account, that his page had been frozen. He has been notorious for uploading remixes of what could be considered “dangerous” tracks, tracks that are owned and published by major record labels. He’s spoken about it before on social media, and even at his own shows, so he had to have known that it was coming. Still, it doesn’t make the end result any more bearable. 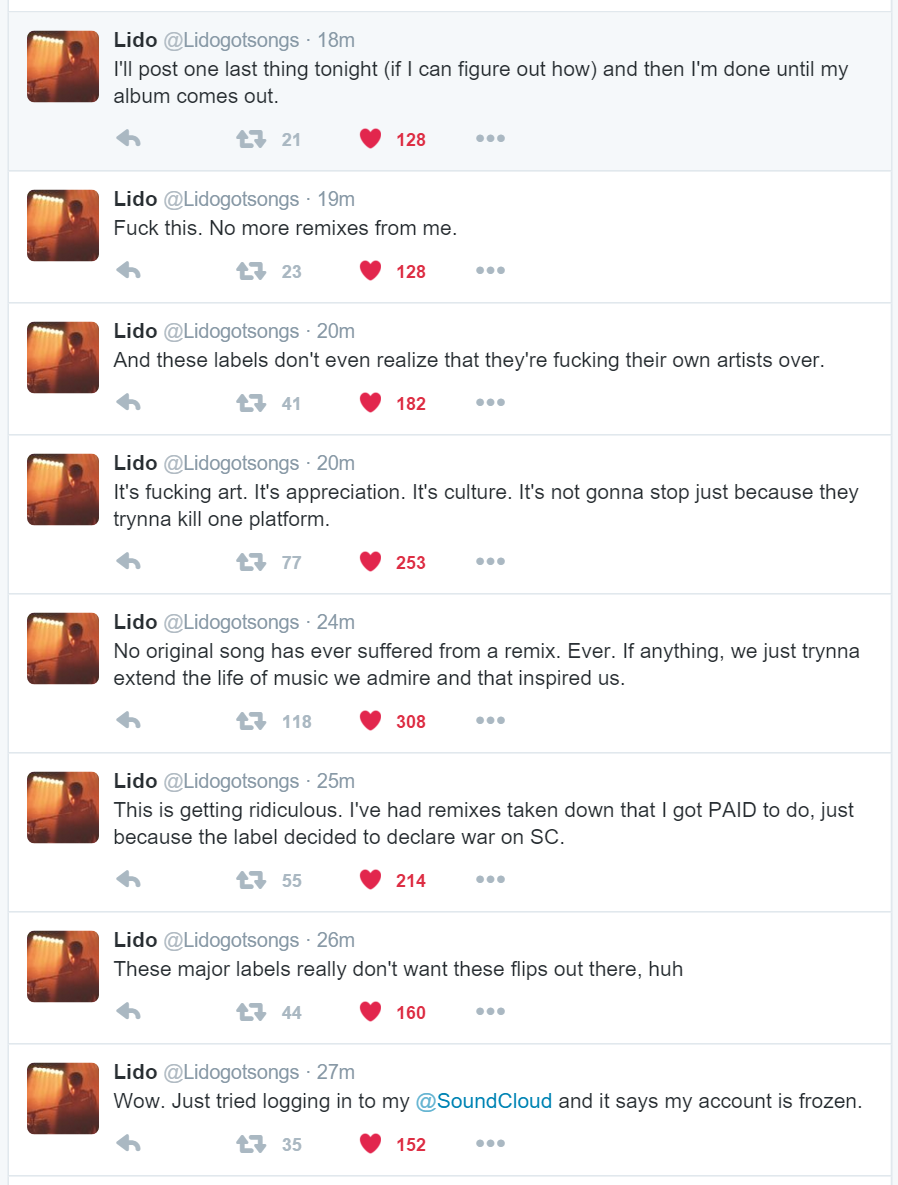 Before he relegated himself to finishing up his album, Lido had to upload one last emotionally charged song, a cover of Alessia Cara’s “Here.” It carries allusions to Lido’s own current situation, all while being completely poignant and brilliantly produced.

It’s hard to say how long this will stay up, so listen while you can.