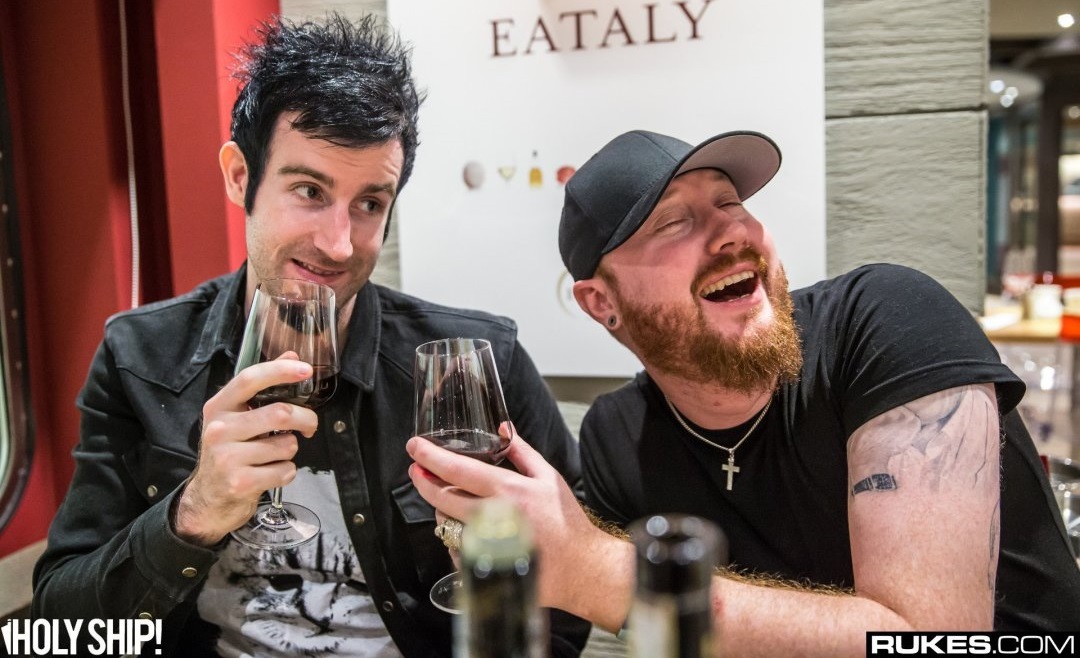 Knife Party is one of those elusive groups that rarely tends to do interviews or speak out anywhere aside from Twitter, but Zane Lowe is also one of those guys that happens to get all the best interviews. So it works hand in hand that Knife Party did a rare interview on Beats 1 this morning.

When asked to give a walkthrough for their newest EP Trigger Warning, Rob says, “We were hearing a lot of music around the time of Ultra in March that was a little cheesy, a little shit, and we decided to make some.”

Zane highlights the humor that underlies much of Knife Party’s persona, a trait that is often lost on fans and critics considering their simultaneous massive success. However, with any Knife Party or Rob Swire conversation, the topic inevitably shifts to drum & bass act Pendulum.

Zane looks up Knife Party’s bio and mentions that it says “formerly of drum & bass act Pendulum,” so he jabs them and asks if he can officially state that Pendulum is over, done with. After a brief laugh, Rob and Gareth both tentatively and meekly state, “I wouldn’t say that just yet.” So there you have it… there’s still hope.

As Gareth further states, the whole Knife Party project was supposed to be the polar opposite of Pendulum, not too serious and just a lot of fun.

In the end, we’re left with a rather empty outlook toward 2016 concerning Knife Party, as Rob merely states there are projects in the works, and not much else.

Listen to the premiere of the single from Trigger Warning, “PLUR Police,” a big-room festival anthem, below – even though rips have been available since March, as well as the Beats 1 interview.