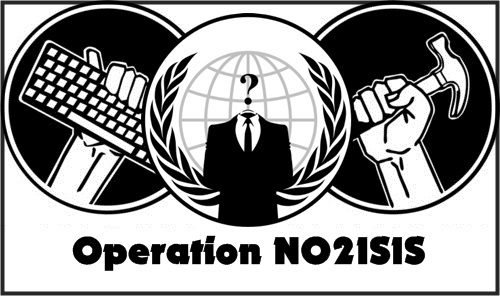 We did not spread any rumors about possible future ISIS attacks, and frankly, we do not know where the rumors come from.

However, Anonymous is not any kind of coherent organization. It is entirely possible that the individuals who leaked the information initially are not in contact with those who run their Twitter account.

For what it’s worth, one of the threats, an alleged attack on a WWE event in Atlanta, is being seriously looked into by the FBI.

The Paris terror attacks earlier this month had far-reaching global implications, but from the dance music side of things, resulted in Live Nation ramping up security measures in upcoming events.

Despite that, it appears that ISIS remains undaunted, as hacker group Anonymous claim that ISIS appears to be planning several more attacks. Earlier this week Anonymous declared war on ISIS and infiltrated several thousand supposed ISIS Twitter accounts. In addition, it appears that they’ve also managed to uncover some of ISIS’s future targets including a Drumcode party in Paris taking place this Sunday with Adam Beyer, Alan Fitzpatrick, and Joel Mull set to take the stage. While we still don’t have any more information into both ISIS’s plans or Anonymous’ findings, we can only hope that the plans have been foiled with Anonymous stating that they have alerted authorities while France remains in a state of emergency. As of now there remains no official comment from Drumcode or any of the performers.

In a statement to International Business Times, Anonymous claimed that they had already passed proof to MI5, CIA, FBI, and the Australian government but had no plans to release any more information publicity.

“If we share the proof [publicly] everyone will start calling it fake because screenshots can be edited and accounts can be deleted. We have purposely not shared account links publicly because they would be shutdown immediately and then no one would believe the proof.”