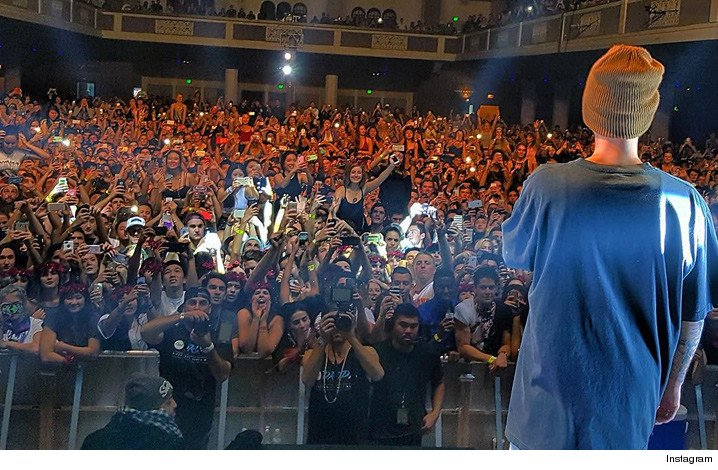 The Chainsmokers performed for a sold-out crowd last night at the Shrine Auditorium in Los Angeles. Apart from playing hits like “Selfie” and their newest “Roses,” they also had a few surprises up their sleeves.

None other than Justin Bieber stopped by to perform some of his own biggest hits from his latest album Purpose, including “Sorry” and “Where Are Ü Now.”

If you’re wondering where the connection comes from, look no further than Rory Kramer, friend and videographer to The Chainsmokers; Kramer also directed the music video for “I’ll Show You” off of Justin’s Purpose album.

Nothing better in life than bringing friends together. @justinbieber crashing @thechainsmokers sold… https://t.co/9L5qbOSs5y

Five thousand people were at the show last night, a huge moment in the career of The Chainsmokers. The same venue will be used to play home to Dillon Francis on his 4th Annual Weekend Of IDGAFOS in December.