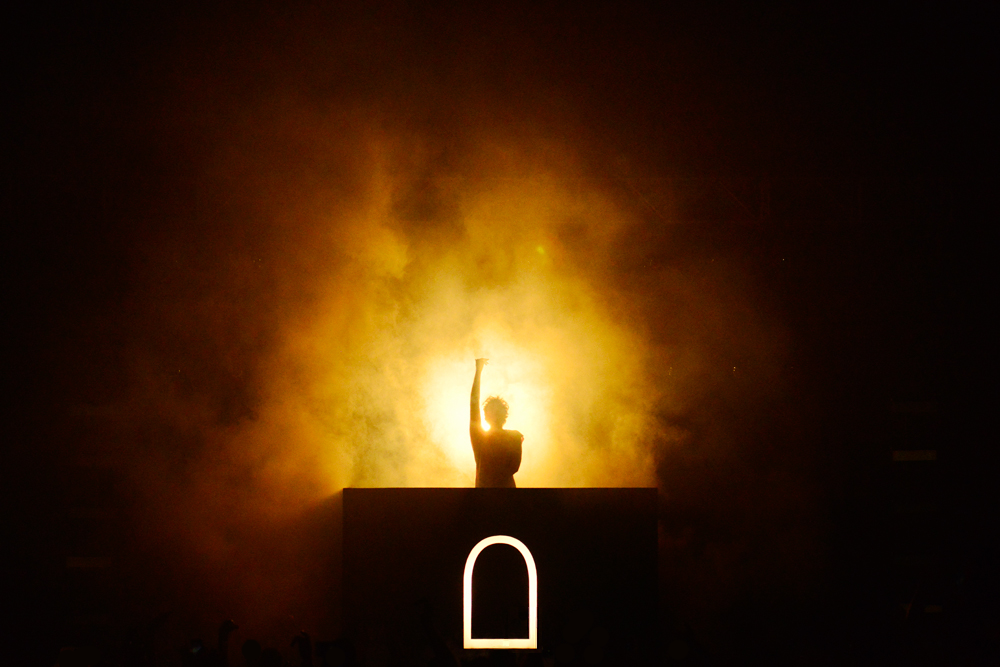 The Roxy is one of the most iconic venues in all of Los Angeles. It has been open since 1973, and has featured performances from probably all of the biggest names you can think of, including Marilyn Manson, Jane’s Addiction, Ariana Grande… and even U2.

Last Sunday, as part of a string of SoCal appearances in Santa Ana and Pomona, RL Grime stopped by The Roxy with Nick Melons and DJ Sliink and made a 500-capacity venue feel like a stadium. The show was a special charity event for Heart of Los Angeles (HOLA), which provides free afterschool programs to youth in the area.

Despite the physical limitations of the venue, RL Grime & Co. were able to fit quite a lot of lighting and effects on to the stage to astound and amaze patrons. Throughout the 90 minute set, we were treated to a furious mixture of trap, future bass and otherwise bass music.

I’ve caught RL before at various festivals, but never before has it felt so intimate or impressive than to be with 400 of his closest fans, including Skrillex who was creeping around in the VIP area. This was definitely one of my favorite sets of the year, and now I can’t wait until the next time I get to see the Wedidit founder in action.