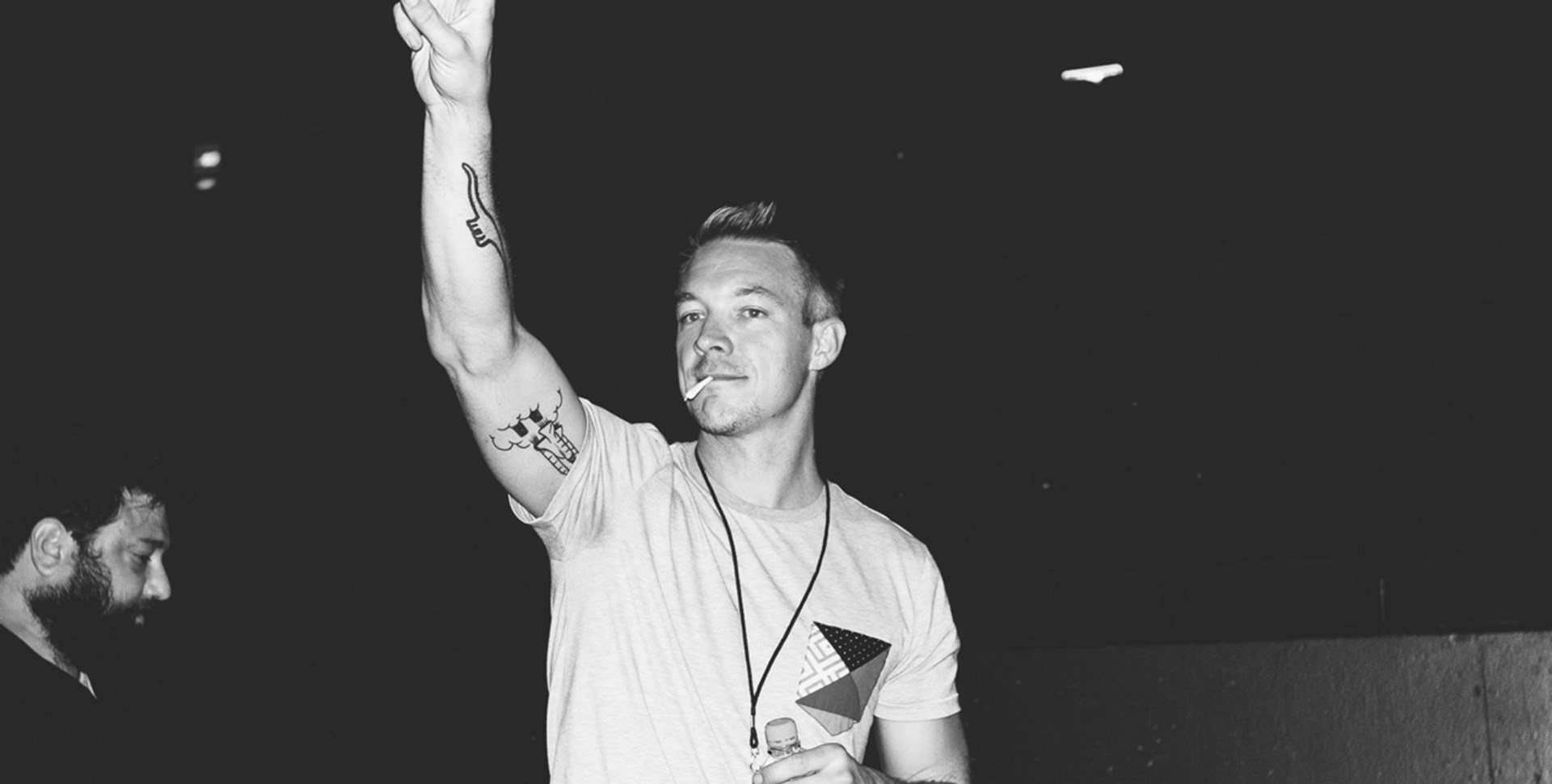 2015 has been nothing short of a spectacular year for Diplo which eventually culminated in him receiving three Grammy nominations this morning – producer of the year, best dance/electronic album for his Jack Ü collaborative project with Skrillex, Skrillex and Diplo Present Jack Ü, and best dance recording for the lead single off of that album “Where Are Ü Now” with Justin Bieber. Diplo had previously been nominated three times before, twice in 2012 and once in 2009 but has never won.

This year might finally be Diplo’s year, however, and the numbers absolutely show it. “Where Are Ü Now” peaked at #8 on the Billboard Hot 100, while “Lean On,” the other huge Diplo single (for his Major Lazer project) with vocalist MØ and DJ Snake, became the most streamed song ever on Spotify with almost 560 million streams this year and peaked at #4 on the charts.

In an interview with the New York Times, Diplo kept it refreshingly candid as always on the topics of best post-Grammy party, this year’s particularly hip nominees, his own tracks that were up for awards, and more.

Right off the bat, Diplo kicks off the jokes by telling us he’s only happy to be at the Grammys so he could “attend all the parties afterwards and get lots of good Instagram photos” while adding that most of the nominations this year are pretty “rad”.

Apparently Sam Smith and Disclosure threw the party last time around, but if you take it from Diplo he’s going to take the cake with the best party this year.

Speaking on the topic of the surprising snub of “Lean On,” Diplo seemed somewhat wistful.

“I just wish ‘Lean On’ got nominated. It had the most streams of the whole year — of any song ever existing in the history of music. But whatever, maybe next year. Our song doesn’t exist in any genre. We’re just an act that doesn’t make any sense for record or song of the year. We couldn’t even be nominated for reggae, because we’re just too weird. It doesn’t fit anywhere else, so we kind of cursed ourselves with a massive song. But I’m happy to have ‘Where Are Ü Now’ nominated.”

Moving on to “Where Are Ü Now,” Diplo offered some interesting insight on the dynamics of having to work with a pop superstar like Justin Bieber. “Pop acts are guaranteed to be the star of the hits because it’s easier to see a pop star. That’s a way to market music that’s relatively simple for major labels. But I think now anybody has access to the fans, to grow big like that.” When it comes to this particular collaboration, Diplo has all the reason for celebration having come so far starting out as a regular songwriter in LA.

“Me and Skrillex are just two nerdy guys who just work on our computers and write songs. But we’re actually at the same level as the pop stars now, because we leveled the playing field by just having great songs and putting them out as our own. There’s no way we could’ve done that 10 years ago, or even five.”

Describing himself never having been an industry producer but rather one looking in, the producer of the year award would be “his dream” to win – but if he doesn’t?

“Just that if I don’t win, I’m going to be really depressed and stop making music. Whatever. I just want to go and just get my Snapchat popping that night and I’ll be happy.”

Hopefully Diplo never stops making music regardless of whether he wins or not, but I’d say he’s got more than a fair chance, and keeps on snapping!