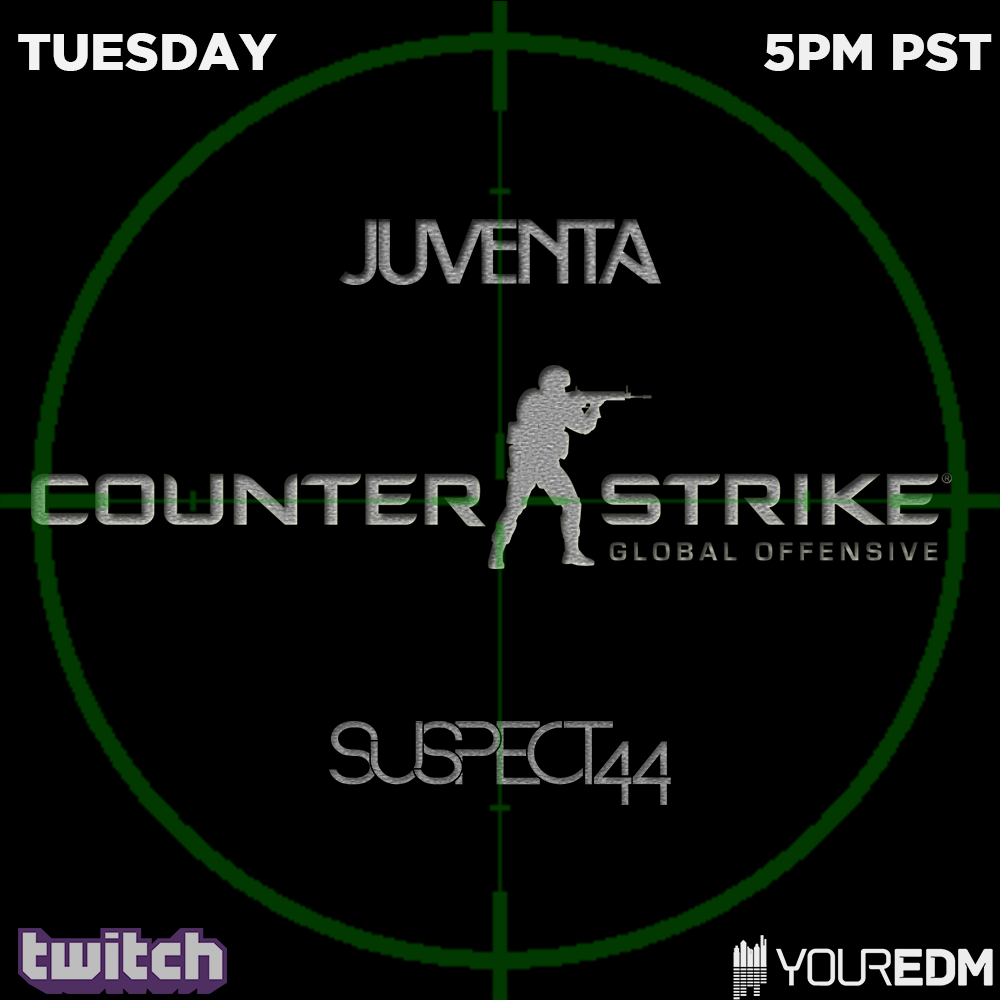 As if Your EDM’s roster of incredibly entertaining streams couldn’t get better, two more players have entered the arena. Juventa and Suspect 44 are not only label mates, but friends as well. The former is one of Enhanced Music’s core artists, having put out multiple EPs and hit singles over the years. The latter has not only been featured on the London label’s compilations like Tritonia 001, but has also released on ZeroThree Music, Armada Trice, and Anjunabeats as well. Separately, Juventa and Suspect 44 have both shown an affinity for beautiful, melodic progressive house, as well as slightly grittier tunes, and fans of the two acts are anxiously waiting for a collaboration, which we at Your EDM will come in 2016.

Until then, we have an extra special treat; the duo will be hosting a live gaming session tomorrow on Your EDM’s Twitch channel. Tune in Tuesday, December 15 from 5-7PM PST to watch Suspect 44 and Juventa square off in Counter Strike: Global Offensive. During this time, they’ll also be answering your questions, so be sure to spread the word and participate in our Twitch Chat!