Over the past year or so, Prince Fox’s meteoric rise has been the subject of much discussion by bass music and future fans alike. His latest single “I Don’t Wanna Love You,” released via Casablanca Records, has launched the young musician into an even bigger spotlight and amidst that single’s success comes Prince Fox’s debut headline tour.

The Back To The Future North American Tour kicks off early January at New York City’s Webster Hall alongside special, one-time guests Lemaitre and Autograf in an auspicious opening before heading off across the states. Currently still in Phase 1, the tour wraps up at BUKU Festival in New Orleans with more dates to be announced.

Joining him for the rest of the ride will be future bass producer StéLouse on select dates across the tour. So check out some of their music, consult the poster below, and then head to Prince Fox’s Bandsintown page here for tickets! 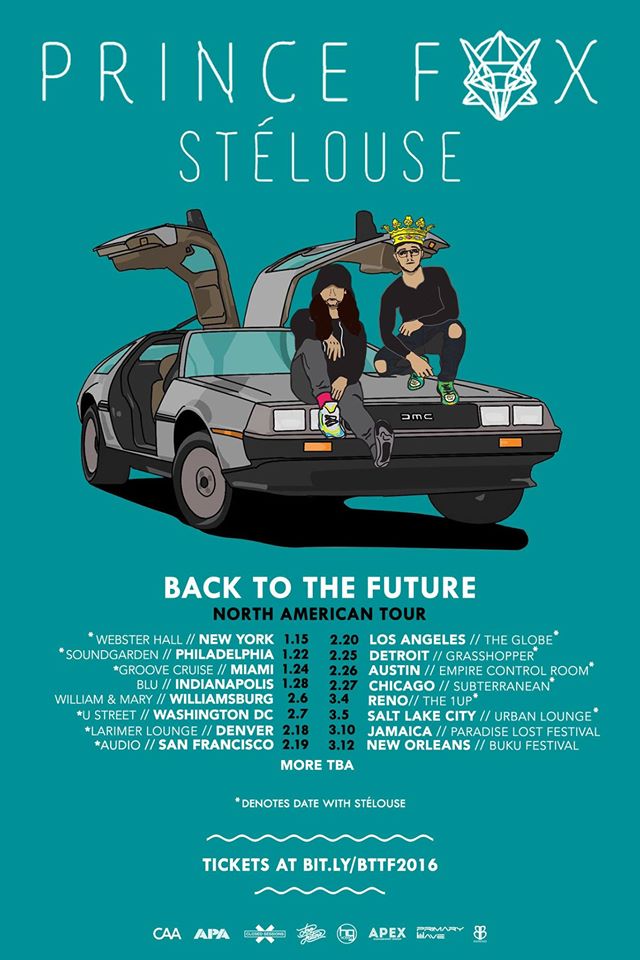