Looks like major labels are finally seeing the value in ALL streaming services, and Soundcloud is finally catching a break. Last year, it seemed like Soundcloud was on life support, as most major labels refused to let their artists host music on the platform. Many producers found that their entire music catalogs had been deleted if their accounts weren’t suspended entirely, while others faced numerous strikes for various copyright infringements.

After today, Universal Music Group will allow Soundcloud access to their music with a new licensing agreement, but there’s a catch: that paid subscription that was a rumor last year? That will most certainly be coming to fruition in 2016. Currently there are no details on pricing or what it would entail, but Universal’s executive vice president for digital strategy Michael Nash confirmed that Universal would be experimenting with Soundcloud’s tier system before making an official announcement.

Warner Music Group was the first to sign a deal with Soundcloud back in November 2014. With this deal, Sony is the final label holding out on Soundcloud, but there’s a good chance they’ll be coming around soon too.

Artists on UMG’s roster include Empire Of The Sun, Avicii, The Crystal Method, and Faithless.

In other Soundcloud news, the platform is slowly rolling out a chart feature for genres. You will be able to sort by “Hot & New” or “Top 50.” This is a pretty smart move from Soundcloud, which might be looking to take on other trending charts like HypeM and iTunes. At the very least, it will give artists another accolade to put in their press kit. 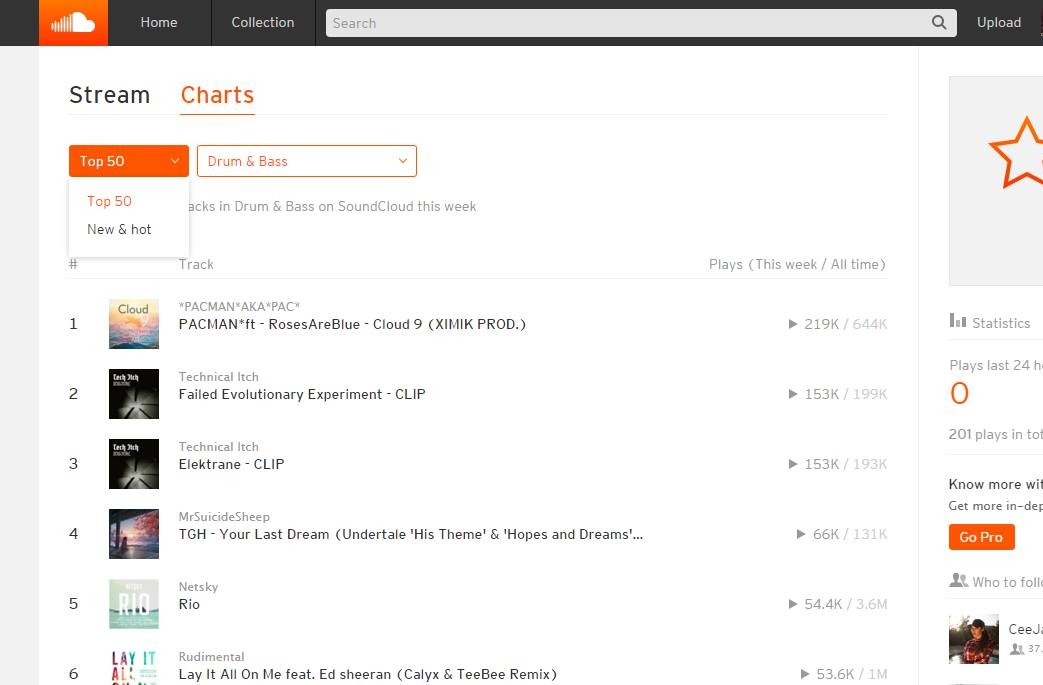