I think it’s safe to say the phrase “dubstep is dead” has finally fallen out of circulation from the EDM public. Although Bassnectar is quick to falsely speculate on its monotony, up-and-coming and renowned producers alike keep releasing unique tracks to prove otherwise. Spanish maestro Spag Heddy is a perfect example of this originality, and has over a hundred tracks to prove it.

At 28 years old, the wub-happy producer has secured a commanding position in the limelight for years to come. His exemplary talent in the studio is most evident – in my opinion – in his track “Fiddy Kay.” Authoritative wubs and piercing screeches are mixed perfectly with a head-banging percussion pattern, all layered over a masterful sub-bass.

I got to speak with Spag, and couldn’t have been more impressed with his down-to-earth, respectful nature. This versatile superstar has garnered widespread acclaim for his indisputable skill, and has no desire to boast about anything but his incessant love for music. Check out our short interview below, as he delves into his musical inspirations and humble beginnings.

I’ve read that you were a drummer from the moment you could hold drum sticks. How has your multi-decade experience with music evolved into the sound design mastery that it is today?

“I started making hip hop beats on Fruity Loops when I was around 16. Since it was the demo, I couldn’t save projects, so I would make songs in 1 go. Instead of spending time on learning techniques, I just made songs whilst learning the basic stuff like sidechaining, compressing, sampling, etc. It took years, mostly because I’ve never been really interested in the technical stuff.”

How does a Spanish virtuoso get into quasi-abusive dubstep?

“I’ve always loved both the melodic side as the ’quasi-abusive’ side of music – whatever the genre. The melodies I played as a kid / teenager on my dad’s keyboard were cheesy as hell (that never changed). When dubstep was getting big in Holland I fell in love with the wobbles. When Skrillex dropped Scary Monsters & Nice Sprites it was perfect: the combination of sweet melodies AND monster growls! Guys like Cookie Monsta, Funtcase, Figure, Excision, and Dr. Philth became huge influences to me.” 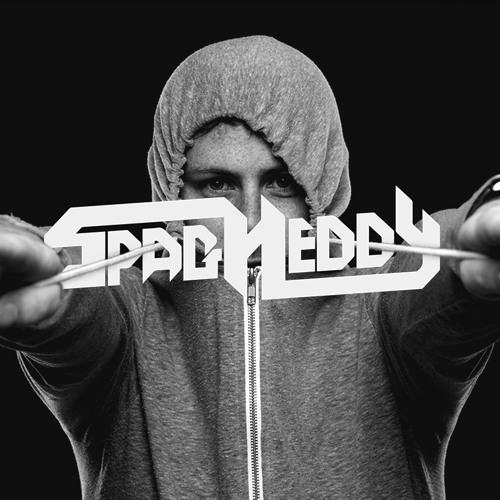 You’ve worked on heavyweight collaborations with the likes of Dubloadz, Dr. Ozi, Tisoki, and more. Who did you learn from the most, and what was your most enlightening experience in the studio?

“All my collabs have actually been on distance, working with stems. I’m a huge fan of all the artists I worked with, they all have something unique that I admire. The most awesome and inspiring thing about collabs is that you can literally blend two completely different styles together and in that way create something new that you wouldn’t have done on your own. With every project I’ve learned something new!”

Where/whom do you draw the most inspiration from?

“Nowadays I’m drawing huge inspiration from live shows by looking at the crowd and listening to sets of fellow DJ’s. There’s so many tunes you HAVE to hear it live for its true power, whether it’s ‘riddim’, ‘bro’, or ‘terrorsquad’. Some of the bigger artists that inspire me are Zomboy, MUST DIE!, and Virtual Riot, but the ‘smaller’ ones just as much, like Tisoki, Ray Volpe and Eh!de.”

With the current state of copy-and-paste synths pervading the EDM scene, how do you stay so original?

“I’ve always stayed away from sample or preset packs. It’s hard enough already to not subconsciously be copying whatever the trend is. I always advise beginning producers to keep the amount of VST’s at a minimum too. By always making synths myself I learned to use the plugins, which for my basses are just Massive and Harmor, well enough to make whatever I want.”

“There’s an announcement coming very soon that’s hopefully gonna take my career a step further. Next to that I’ve been crazy busy with new music; I think I could almost fill an entire set with new stuff *laughs*. The cooking never stops, and the food is getting spicier!”